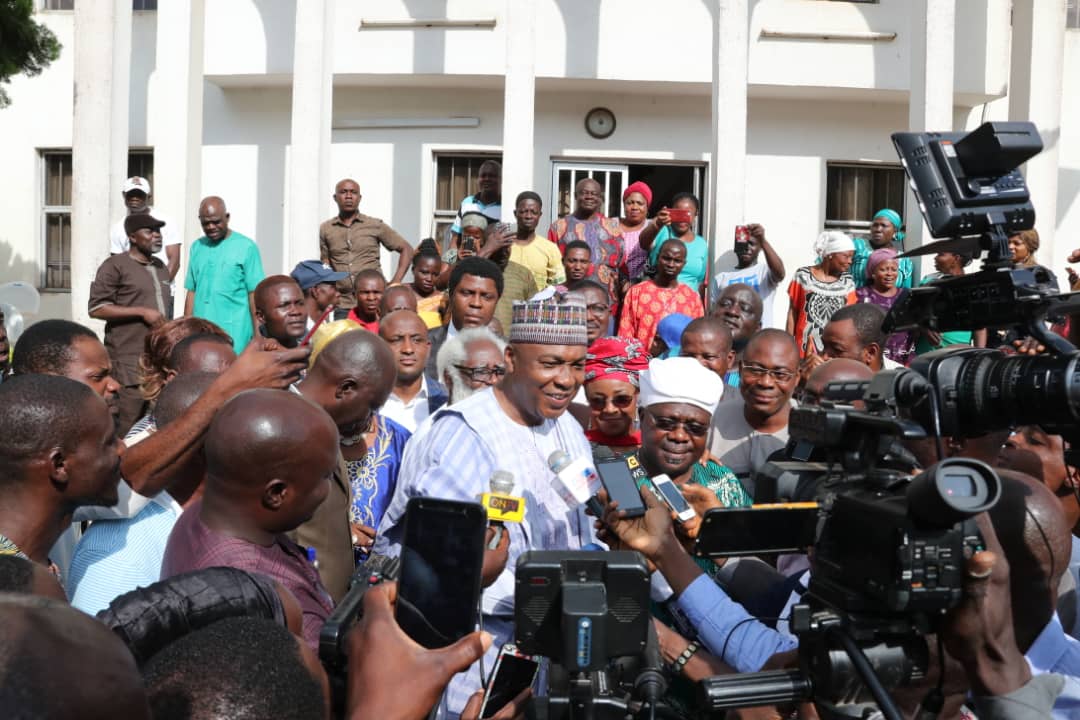 Senate President Bukola Saraki speaking to Newsmen after the screening on Monday in Abuja.

The Peoples Democratic Party on Monday commenced the screening of its Presidential aspirants for the 2019 election.

The party’s National Convention is scheduled for Oct. 5 and Oct. 6.

Aspirants who spoke with newsmen shortly after the screening expressed their satisfaction with the exercise.

Saraki described the exercise as commendable and a pointer to a credible primaries.

Saraki, represented by his Media Aide, Yusuf Olaniyan, said that the atmosphere at the screening portrayed fairness and friendliness from the aspirants and the screening committee.

Senate President Bukola Saraki speaking to Newsmen after the screening on Monday in Abuja.

On his part, Jang told newsmen that the process was transparent and credible, and expressed optimism of picking the party’s ticket after the primaries.

“The process was beautiful. Absolutely I stand a chance to win the ticket. I am optimistic because I believe in God and I believe that God is going to give it to me.

“I am also impressed that there is no bitterness in the ongoing campaign by the presidential aspirants.”

Turaki, on his part stressed the need for the aspirants to work together, saying there must be a synergy to ensure that PDP rescue Nigeria in 2019.

“We are not going to be distracted. The focus before us is that we should ensure that PDP gets back into office on May 29, 2019”

Tambuwal also said that the exercise was conducted smoothly without any issue that called for concern.

He also called on INEC to declare PDP as winner of Osun election.

The screening exercise would continue on Tuesday.