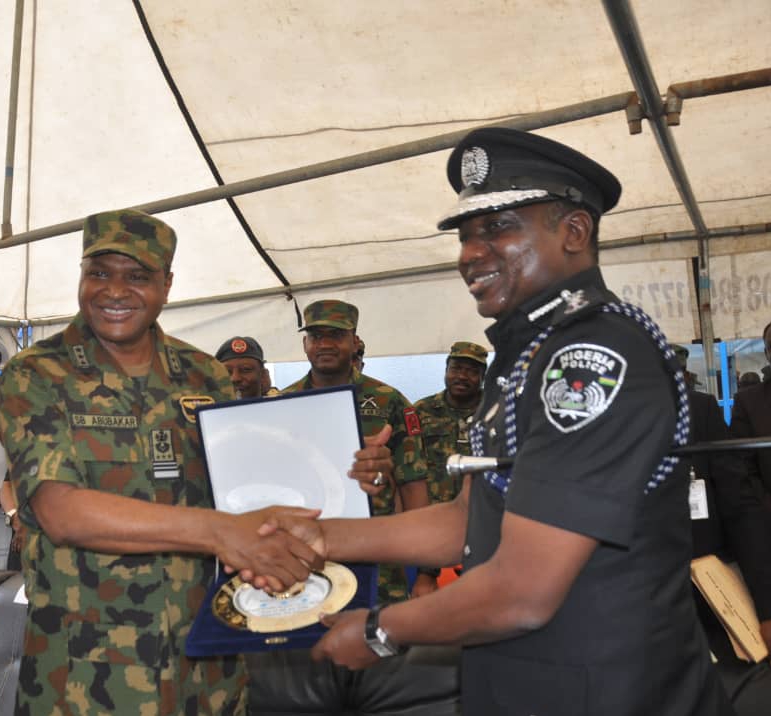 The Nigerian Air Force (NAF) in Lagos on Monday inaugurated a forensic laboratory as it partnered with the United kingdom to train 16 personnel on core crime investigative skills.

The Chief of Air Staff, Air Marshal Sadiq Abubakar, made the disclosure at the inauguration of the remodelled Forensic Crime Laboratory and the new 057 Provost Investigation Group Headquarters in Lagos.

Abubakar said that the NAF had embarked on the conduct of various specialist training for the personnel that would be required to effectively operation the laboratory.

Abubakar, who said having conducted a gap analysis of the structure of the NAF, that it was obvious the new expanded NAF Force Structure required a law enforcement arm with the capacity to effectively employ scientific approaches in all facets of its critical competencies.

He said it was in the fulfilment of this requirement that the inauguration of the new Provost Investigation Group Headquarters building and the Nigerian Air Force Forensic Crime Laboratory came to existence.

“Already in conjunction with foreign partners from the United Kingdom, we have trained 16 Provost personnel in the Core Investigative Skills and Interview course.

“Another set of 16 personnel will in four days’ time be concluding the Crime Scene Investigation Course here in 057 Provost Investigation Group.

“In another development, the investigative capacity of the Provost would be enhanced through the training of 10 Provost Officers in the Advanced Detective Course at the Police Staff College, Jos, within the last quarter of the year,” he said.

Abubakar, however, stressed that the training of provost personnel in forensic investigation was last conducted 30 years ago.

“Akin to the development of investigative and forensic skills, the NAF is also at an advanced stage of expanding and enhancing its utilisation of Military Working Dogs to boost the physical security of NAF critical mission essential areas.

“This growth is equally projected to create the capacity for the Air Provost to be integrated in the conduct of Combat Search and Rescue operations in the Service.

“Furthermore, the rejuvenation of the Air Provost’s Explosive Ordnance Detection capability is projected to commence by the end of this year,” he said.

Abubakar said that the NAF’s recent push to make inroads in the development of the capacity and capability of the Air Provost was premised on the need to have a proactive police force, that would nip threats in the bud.

“This would also provide the enabling environment for NAF personnel to freely discharge their duties in furtherance of the Service’s constitutional responsibilities,” he said.

Abubakar, who acknowledged the unflinching support of Presudent Muhammadu Buhari, said that the laudable efforts by the NAF in building capacity could not have been possible without his determined support.

The Inspector General of Police (I-G) Ibrahim Idris, who was the special guest of honour, said he was delighted to inaugurate the newly constructed Headquarters building of 057 Provost Investigation Group and the remodeled forensic laboratory.

“Forensic Science is an integral part of the criminal justice system. It is vital in aiding the investigation of a crime and detection of criminals, as well as proving the innocence of people suspected of crimes that they did not commit.

“Without the objective evidence obtained through scientific analysis, many crime cases would have gone unsolved and the perpetrators unpunished.

“It is thus, a veritable tool for not only detection and prosecution, but also deterrence,” he said.

The I-G said that evidence was the cornerstone in modern police investigation, adding that witnesses could fall, be misunderstood, be influenced or contaminated.

“A well preserved and analysed evidence does not. This effort by the Chief of the Air Staff in providing a befitting and functional environment and making inroads in the application of forensics in policing is laudable.

“It is a testimony of the Nigerian Air Force leadership’s commitment to push the boundaries, and improve on the methodologies and technological platforms to detect and analyse evidence of crime in the Service,” he said.

Earlier, the Commander, Air Provost Investigation Group, Group Capt. Garba Hello, in his welcome address, said that the provision of the facilities would enhance the capacity of the NAF provost personnel in carrying out their duties, especially in the area of criminal investigations.

“These would significantly assist Air Provost Investigators in obtaining credible evidence for successful prosecution of cases in a court of law while at the same time adding to the country’s crime fighting resources,” he said.

Present at the inauguration were top military brass.