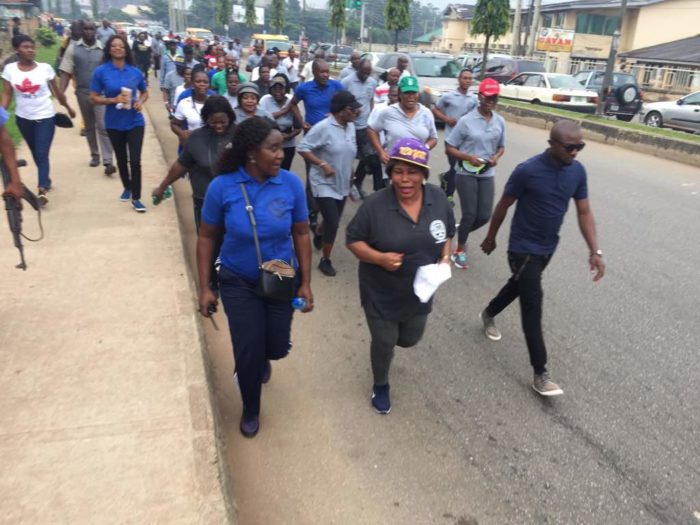 The Edo State Chief Judge, Justice Esohe Ikponmwen, on Thursday led members of staff of the state ​judiciary on a charity walk.

The road walk took them through major streets of Benin city, the state capital.

Ikponmwen said the walk was to raise awareness for the plight of the needy in the society, as part of activities marking the opening of the 2018/2019 legal year.

The gift items include cantons of noodles, biscuits, beverages, toiletries, among others.

Justice (Mrs.) Ikponmwen also unveiled and presented to the public, the new edition of the Edo Judiciary Newsreel magazine.

The unveiling was followed by an inspection of renovation and construction works within the high court complex.

A special court session would be held to round off the opening of the new legal year on Friday afternoon, which would be preceded by interdenominational service and inspection of guard of honour in the morning.