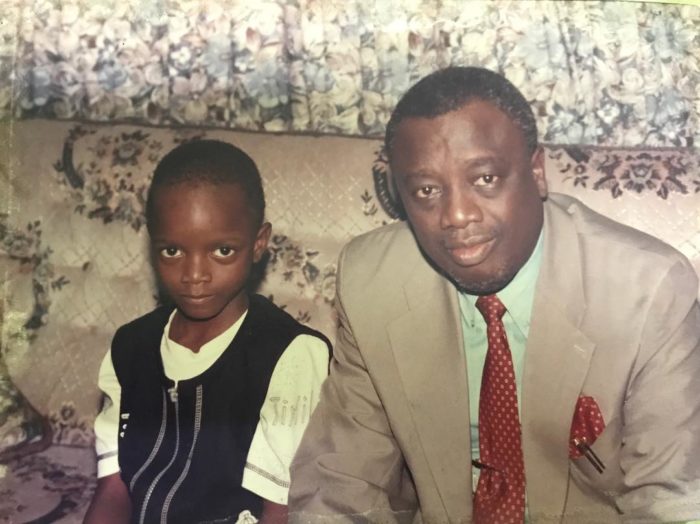 When fathers are not present in the lives of their kids while they are growing up, probably due to one reason or the other, it leaves a lasting scar in their hearts that only God can heal if they allow him.

Former Big Brother Naija housemate Leo Dasilva reveals the kind of relationship he had with his late father, while regretting disassociating himself from his dad before his passing.

The Brand Ambassador and Humanitarian shared the details on his page. Read it here…

I always avoided speaking about my father while growing up. This wasn’t because I didn’t know who he was, in fact he never hesitated to tell me exactly who I am and who he was each and every time. One major reason I avoided it was because who he was didn’t match my reality and kids would label me a liar. My reality was never what he told me or my name, my reality at the time was my struggling single mother who gave me more than she had to make me a great man.
My father taught me two important things in life on this day
1. Do not trust or rely on anyone asides yourself.
2. Don’t ever get carried away or plan your life around promises from people.
One of my greatest regrets is still alienating him during his last months alive. But it won’t have been the first time. We had loads of arguments from 2009 – 2015 because I became too aware too quick. I believed all the family I needed was my mother so my dad and I could go an entire year without speaking.
I will give him credit for one thing which was I still believe was a huge gamble, telling me to start making my own money at 16 while I was living in another man’s country. Without him cutting me off, I would not have become a serial entrepreneur.
Long and short of this, I loved my Father very much and people close to him would know he loved me just as much. We had our differences but it was mostly because we were the same people.
Continue to rest in peace Sir Leo Babarinde Dasilva Snr(1949-2015).