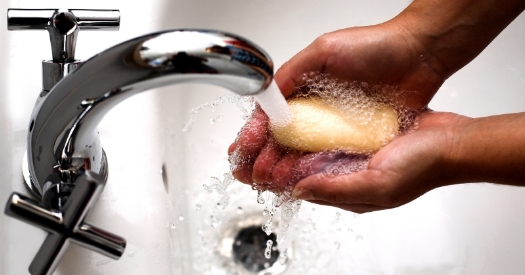 As part of efforts to maintain a healthy handwashing in schools, the Osun Government has constructed boreholes and sanitary toilets in 300 elementary and middle public schools in the state.

Alhaji Olaposi Adiatu, General Manager, Osun Rural Water and Environmental Sanitation Agency (RUWESA), made the disclosure at a news conference to mark the Handwashing Day in Osogbo on Monday.

Adiatu, who noted that handwashing with soap was one of the effective ways to prevent diseases, said the agency had also embarked on regular training of teachers and pupils on handwashing in 170 focus schools across the state.

He said that hygiene promotion trainings for Water Sanitation and Hygiene Committee (WASHCOM) in all the focus communities were also vigorously embarked upon by RUWESA.

“Keeping hands clean is one of the most important steps we can take to avoid getting sick and spreading germs to others.

“Many diseases and conditions are spread by not washing hands with soap and clean, running water.

“Good handwashing is the first line of defence against the spread of many illnesses – from the common cold to more serious infections, such as meningitis , bronchiolitis , the flu, hepatitis A, and many types of diarrhea, among others,’’ Adiatu said.

He, however, commended Gov. Rauf Aregbesola for creating enabling environment for stakeholders in promoting the benefits of handwashing in the state.

Global handwashing is celebrated on Oct. 15 each year.

Global Handwashing Day is an annual global advocacy day dedicated to increasing awareness and understanding about the importance of handwashing with soap as an easy, effective, and affordable way to prevent diseases and save lives.