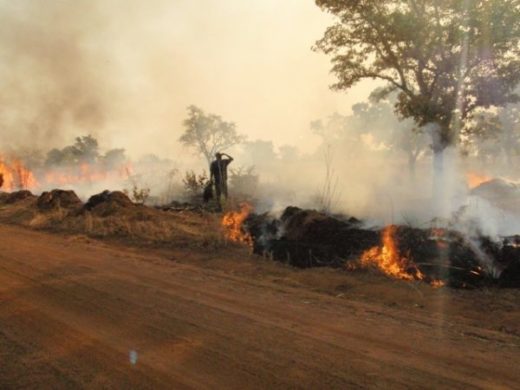 The South-East Coordinator of NEMA, Mr Walson Ibarakumo, gave the advice in an interview
on Monday in Enugu.

Ibarakumo called on artisans and traders to desist from storing fuel in their shops, adding that “leaving the flammable liquid over-night could be a disaster.”

He said that NEMA would start a zonal sensitisation to enlighten communities on dangers of indiscriminate or uncontrolled bush burning.

“So, we are commencing a proactive zonal sensitisation against bush burning in some communities this harmattan period.

“NEMA will visit major markets, especially timber and building material markets in this zone to alert the people on possible fire outbreaks and means of stopping it.

“We are looking at the situation where our people no longer fall victims of fire disasters.

“The multi-million naira losses recorded yearly will be checked and eliminated in the long run.”

The NEMA boss noted that the agency would also collaborate with relevant agencies and organisations,as well as community leaders on the sensitisation.

“We are sending letters to the various market leaderships to seek their consent as we come to talk and educate them on fire disaster prevention and proper ways of handling infernos,” he said.

According to him, the agency will educate the people on the need to fix faulty electrical installations, as well as ensure that they switch off all electrical appliances after the day’s business.

Most markets in the South-East, especially those that deal with timber, wood, foam and other highly flammable goods, are prone to yearly fire outbreaks during the hamattan period.