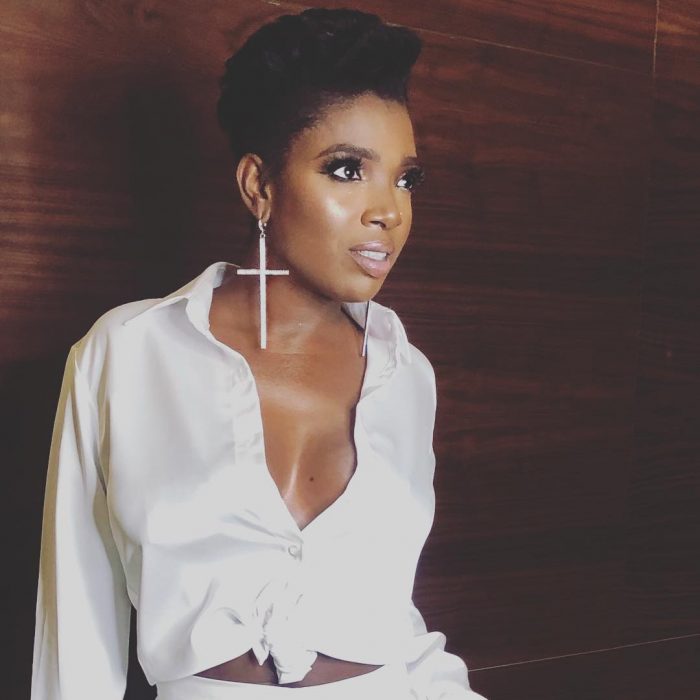 Twitter users are currently dragging Annie Idibia for saying she’s not a feminist and she doesn’t believe women are kings in an interview.

Read some of the comments below and watch the video…

FluoySHADE 💥 👑
‏
@enchantrexxx
So today Annie Idibia deserves to be humiliated and dragged just cause she said she isn’t a feminist.
Y’all on SM are something else tbh. You feel everyone has to belong to the same school of thoughts as you. Tf??

@BATTLETIDE
See how these women are reminding Annie Idibia her husband has multiple baby mamas or he settled for her. I thought feminism was about choice for women, why is she getting insulted for how she chooses to live in her home? Wyd?

@62sixx_
Annie Idibia and cuppy aren’t the first to shit on Feminism.
in 2013 when she was asked if she considers herself a feminist beyoncé said no because the “word can be very extreme” and she “believes in equality but she is happily married and she loves her husband”.

‏@EvaChaneI
“I’m not a feminist but I believe in women empowerment” Annie Idibia.
Why do these public figures keep showing us how daft they are.
Before you speak on a topic at least do some research so you don’t look stupid.

@I_am_kagee
The misconceptions about Feminism will be the end of some women. Annie Idibia has the right to choose what she believes in but some lowlife illiterates will not let her be.

@McBidis
All the girls heaping insults on Annie Idibia cos she said she’s not a feminist don’t even know that Nigeria’s Anita Ukah has made it to the top 30 at #MissUniverse2018.
Smaller countries have been trending their representatives but not our “feminists”.
#MissUniverse2018Nigeria
‏

@SabreNoir
This babe really said Tuface ‘settled’ for Annie Idibia. Still crying. Wow.
‏
@LFC_4NIGERIA
Annie idibia…your a gem…queen Elizabeth is not king Elizabeth. Don’t mind women who are not comfortable with their genitalias and want men instead….that actually women against women…a woman should be proud of what make a woman and equal not what makes a man and equal