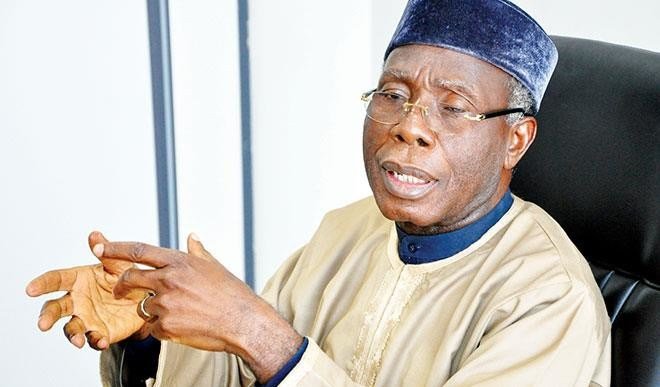 Ogbe said this while addressing newsmen in Otukpo, Benue, after an inspection of federal roads.

Ogbeh said that In Nigeria, the largest means of transportation today was the road and good access roads played a major role in the movement of goods, products and humans.

“Farmers tend to move their farm produce from the farms to available markets and people connect to other parts of the country using the roads as well.

“The biggest means of transportation in Nigeria today is road transport; the rail system is just being rehabilitated which will take a long while.

“The road is only means of transportation of both human beings and goods in Nigeria. Industrial goods and agricultural goods are produced in the rural areas and sent to different parts of the country.

According to the minister, roads are not just the movement of products but a source that links and brings people together, thereby unifying the entire country.

“People unite because they can reach each other, drive home. People live in different parts and they go home often and during festivity.

Commenting on the Loko/Oweto road, the Minister said the area had so much Fadama lands which the locals could utilise by going into rice farming and open up the area.

“Like the Agatu area we visited, when the road is finished, there is so much Fadama by the river side; rice, beans, sorghum will increase and some of these can actually be put in bagging for reserve and movement to south, Abuja or Kano.

“The Oweto Bridge is very strategic for commerce, human traffic, unification of Nigeria and movement of industrial goods because things happen from the agriculture to industry from industry to manufacturing and so on.”

Ogbeh added that the government planned to install cold room depots along highways to enable farmers and marketers to store perishable goods in order to prevent them from getting spoilt, thereby leading to wastage and loss.

“We are to set them up and use solar energy to power those cold rooms. So when the trucks move them, they have no reason to delay, they can get to the market in good shape at the good price and farmers will be happy.’’ (NAN)