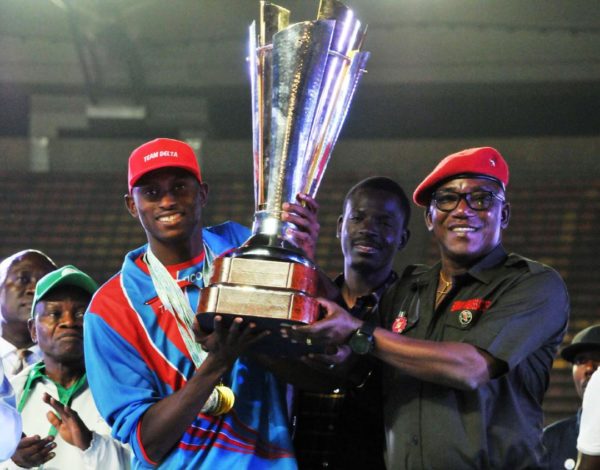 Delta won the 4x400m mixed relay gold medal on the final day of the 19th National Sports Festival (NSF) in Abuja on Sunday to round up an impressive haul of medals.

The News Agency of Nigeria (NAN) reports that trophies were presented to states which finished first, second and third on the medals table.

The 4×400m mixed relay was one of the two final events of the Festival, and was part of the last of the athletics finals decided during the 19th NSF closing ceremony.

In the 4×400m, Team Delta finished with a time of 3:20.33 minutes, while Bayelsa whose contingent had protested non-payment of allowances during the day’s march-past, took silver medal in 3:20.47.

Rivers added a bronze to their medal haul by running in at 3:23.92 to come third.

Anambra and Ondo settled for silver and bronze medals, having completed the race in 42.51 and 42.75, respectively.

Speaking during the closing ceremony, the FCT Minister, Muhammad Bello, had said the impact of the 19th NSF would manifest in years to come.

“This festival has shown that we have the capacity to overcome any odd. I am positive that the impact of this festival will manifest in years to come,” he said.

The minister who was represented by the ministry’s Permanent Secretary, Chinyeaka Ohaa, also thanked the Youths and Sports Development Minister, Solomon Dalung, for breaking the jinx of hosting the competition.

He said hosting the festival in spite of various challenges was impressive, as there was no reported case of any major security incident throughout the 10-day event.

Also speaking at the event, President of the Nigeria Olympic Committee (NOC), Habu Gumel, said the NSF was a symbol of Nigeria’s national unity.

“The NSF has grown to become a symbol of our national unity and I thank the FCT Minister and Sports Minister for taking the bull by the horns to host this festival.

“It is however important that there are follow-up actions for the talents discovered at this event,” he said.

One of the highlights of the closing ceremony was a callisthenics display by students of the Government Girls Secondary School (GGSS) Dutse and Bwari in the FCT.

Similar to their performance during the opening ceremony on Dec. 6, Sunday’s performance was one which captivated the audience at the stadium.