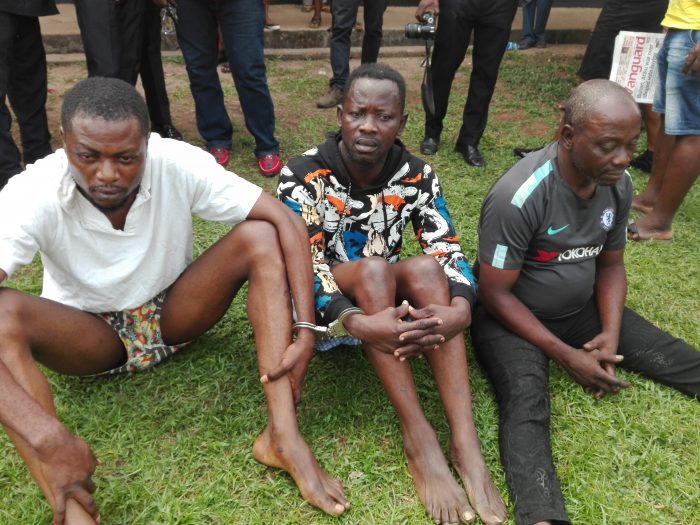 Igbinovia was remanded with two others, Joel Otoghile and Kingsley Iyamu, for allegedly stripping 24-year-old Favour Ada, naked and inserted hot pepper into her vagina.

He was remanded by Justice Joseph Acha of the Benin High Court (Criminal Division) till March 6, to decide on their final bail application.

The prosecution counsel, Mr. Peter Ugwumba, in the case marked 117/2019, reeled out 14 count-charges against the accused persons.

They however pleaded not guilty.

The charges bothered on attempted murder, kidnapping, injury, trial by ordeal, false accusation, extortion, recording the act and transmitting it into video film which has since gone viral on the internet, amongst other allegations.

Narrating her ordeals in the hands of her assaulters at the State Police Command headquarters in Benin, the victim, a native of Rivers State, told journalists that her worst moment was when they inserted pepper into her private part, striped her naked and videoed her.

She lamented: “What pained me most was when they naked me, videoed me and put pepper into my private part.

She said she was taken to a native doctor who mysteriously implanted bullets into her stomach and later threatened her with a live snake, adding that in order not to die, she admitted to the crime and the bullets were later removed from her stomach.

She said when she saw that she was freed from the hand of the native doctor, she told her accusers that she did not steal their phone and that she only admitted to the crime because of fear.

She said when she maintained her innocence, they stripped her naked, inserted pepper into her private part and severely beat her up.