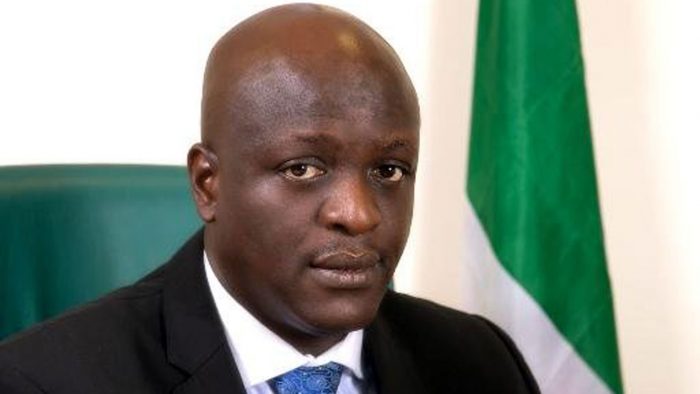 Hon. Omoregie Ogbeide-ihama: Early Life
Hon. Ogbeide-Ihama began his studies at Emotan nursery and primary schools in Benin City, Edo State. Thereafter he enrolled at Federal Government College Warri (Unity School) in Warri where he obtained the senior school certificate in 1993. He proceeded to the University of Benin, where he studied and graduated with a Bachelor Degree in Civil Engineering bagging a Second Class Honours (Upper Division) in 1999. In 2009, he obtained an MBA in Oil and Gas Management from the Robert Gordon University Aberdeen, Scotland.

Hon. Ogbeide-Ihama began his career at Lenbrook Solar Systems in Lagos, where he successfully executed solar powered water projects within Nigeria. Omoregie had his compulsory N.Y.S.C program in Port Harcourt, Rivers State where he served and worked with Exxon Mobil as a Drilling Engineer. There he gained tremendous experience in the Oil and Gas sector before venturing into private business. He set up a very successful company, Foluke Global Resources Ltd, a company named after his dear mum Foluke, with operations covering civil works, supply and installation of solar equipment.

As a young entrepreneur, who saw that balancing a demanding workload with achieving competitive advantage in the business world today was indeed challenging, and as a man in constant need to broaden his horizons by acquiring knowledge, Omoregie took up a Master’s program at the Robert Gordon University Aberdeen, Scotland where he obtained an MBA Degree in Oil and Gas Management. He got back into the Oil and Gas industry and his stellar academic record and dogged pursuit of excellence saw him appointed then as the In-Country Manager of Score Energy Services Nigeria Limited, an arm of Score Group Worldwide. He was also a Director at FGR Energy which has its main focus on Gas Turbine Solutions.

In 2015. Hon Omoregie was elected under the platform of the People’s Democratic Party (PDP) to represent Oredo Federal Constituency at the Federal House of Representatives, Abuja. His legislative interest include youth and women empowerment, power generation and proper management of national resources. He serves as Chairman of House Committee on Culture and Tourism. He is a member of the committees such as; Environment and Habitat Committee; Ports, Harbor and Waterways; Power; Basic Education; Housing; Capital Market; and Public Petition.

Hon. Ogbeide-Ihama is a devoted Christian and family man married to Oge Ogbeide-Ihama an Investment and Asset Management Specialist. He is an avid reader, loves music, the arts, football and plays chess. He is also a passionate supporter of Arsenal football club.

Hon. Omoregie is a member of several international and local bodies including the Chartered Management Institute, United Kingdom (CMI), Association of MBA’s (AMBA), Rotary Club International, and the Nigerian Society of Engineers (NSE).

Net Worth:
Hon. Omoregie Ogbeide-ihama is estimated to have a net worth of about $500,000