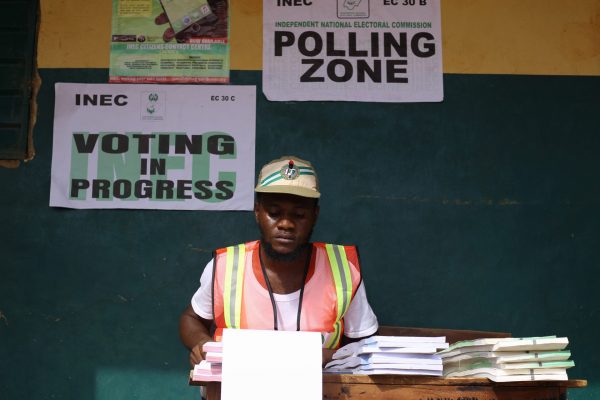 Police have confirmed the release of the abducted member of the National Youth Service Corps (NYSC) deployed to Indiokolo community in Orumba area of Anambra as electoral ad hoc staff.

Also, the state coordinator of NYSC, Mr Aremu Kehinde, told News Agency of Nigeria (NAN) that the female corps had regained her freedom more than five hours after her abduction.

Kehinde said the corps member was in good health condition after her release by her abductors, who are yet to be arrested by security personnel.

A statement signed by SP Haruna Mohammed, the Command’s Public Relations Officer (PPRO) and made available to journalists on Saturday in Awka stated that the corps member serving as a presiding Officer was picked up early Saturday morning.

Mohammed explained that the police arrested seven persons in connection with vote buying and disruption of electoral process.

The PPRO, who quoted CP Rabiu Ladodo as leader of the security team that monitored the exercise at Anambra on Aerial and Vehicular patrols, described the election as generally peaceful.

He noted that in spite of the peaceful and impressive turnout, there were isolated cases of insecurity.

“We also recorded alleged abduction of the presiding officer, who is also a youth corps member in Indiokolo unit, Orumba North LGA of Anambra South Senatorial zone,’’ he said.

He said that all the cases are under investigations at the State CIID, Awka.

He hinted that the police recovered one mini shuttle bus, two motorcycles, N110, 920 two handbags containing dry leaves suspected to be cannabis and, two knives from the suspects.

Mohammed urged the public to report any incident or suspected persons, especially on what will lead to the arrest of the criminals that abducted a corps member through the Police emergency numbers availed to the public for prompt response.