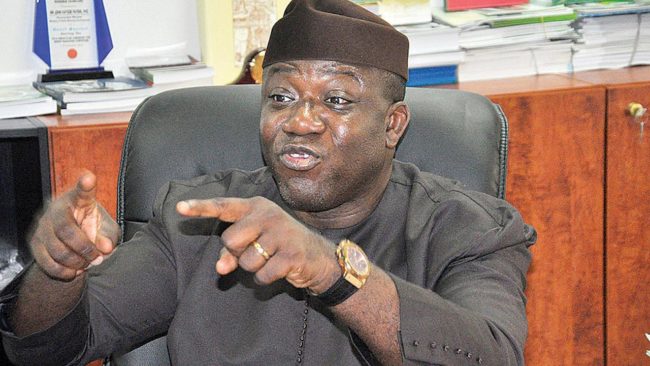 Mr. Ibitoye Adeyiola, Permanent Secretary, Ekiti State Ministry of the Environment says no fewer than 10 persons have been arrested by the environmental officers in the state for indiscriminate refuse dumping.

Adeyiola who made this known in Ado-Ekiti, on Friday, said that the culprits were caught very early in the morning, at Adebayo area, Iworoko Road, while dumping wastes on the median.

According to him, some even carried their wastes on Okada, from far distance and dumped it on the road median.

He said that the present administration was committed to providing clean and hygienic environment for the people of the state, to prevent outbreak of epidemics.

Adeyiola stressed that whoever was caught dumping refuse on the road or any other unapproved locations would be made to face the wrath of the law.

In a similar development, the permanent secretary disclosed that government was set to embark on aggressive house-to-house collection of wastes to ensure that people live in a clean and more hygienic environment.

He listed Ado-Ekiti metropolis and Ikere-Ekiti as areas where this project would commence soon.

He said this while playing host to the House of Assembly Committee on Environment, in his office in Ado- Ekiti.

Adeyiola explained that the two towns would be mapped out into different zones to facilitate the exercise.

He said that government was ready to partner with various private companies to ensure the success of the scheme.