Liverpool held in goalless by Everton to stay second 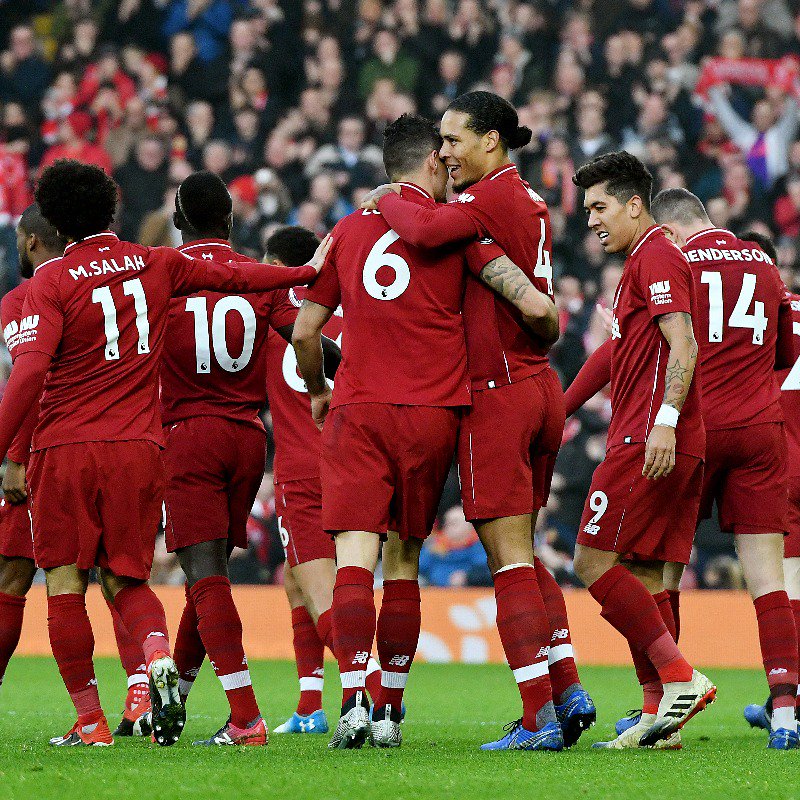 Liverpool were left a point behind English Premier League (EPL) leaders Manchester City on Sunday after they were held to a 0-0 draw by Everton in the Merseyside derby.

Manchester City, who beat Bournemouth 1-0 on Saturday, have 71 points while Juergen Klopp’s Liverpool have 70 after their fourth draw in their last six games.

Both sides have nine matches left.

Mohamed Salah had the two best openings for Liverpool before the break.

But his soft 15th minute shot barely troubled Jordan Pickford and then the Everton goalkeeper was swift off his line to foil the Egyptian as he raced goalwards.

Everton’s approach was to harry and disrupt Liverpool and they did that task well.

But they also struggled to create opportunities with Theo Walcott unable to capitalise on a rare opening, screwing his shot wide.

Salah threatened again in the 57th minute as he bore down on Pickford, but Everton defender Michael Keane stopped a near certain goal with a perfectly timed last-ditch sliding tackle.

Klopp threw on Roberto Firmino in the 63rd minute in an attempt to salvage the situation.

But the striker was unable to open up an Everton defence that raised their game to deal a blow to their local rivals’ title hopes.