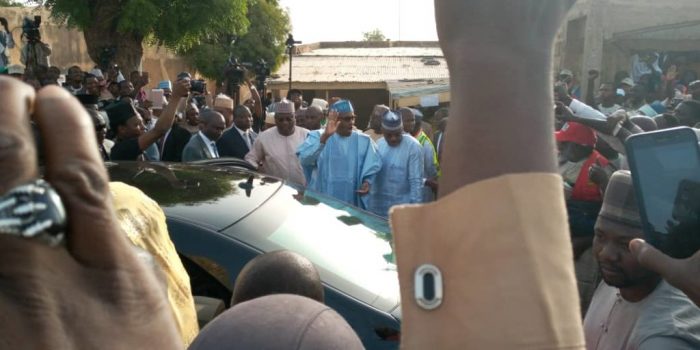 President Muhammadu Buhari and his wife, Aisha, on Saturday, joined hundreds of other electorates to exercise their franchise at the polling unit 003 Kofar Baru III, Gidan Niyam, Daura, Katsina State.

The president, accompanied by his wife, arrived the polling unit at about 8.00a.m, where both of them were cleared and issued ballot papers by the unit presiding officer, Aliyu Abdullahi.

The president and his wife, with the Independent National Electoral Commission (INEC) numbers 187 and 182 respectively, voted at exactly 8.08 a.m. to elect their preferred candidates for Katsina State governorship and House of Assembly legislators.

The duo had performed similar civic responsibility during the Feb. 23 Presidential and National elections at the same polling unit.

Watch video of Buhari and Aisha voting below: