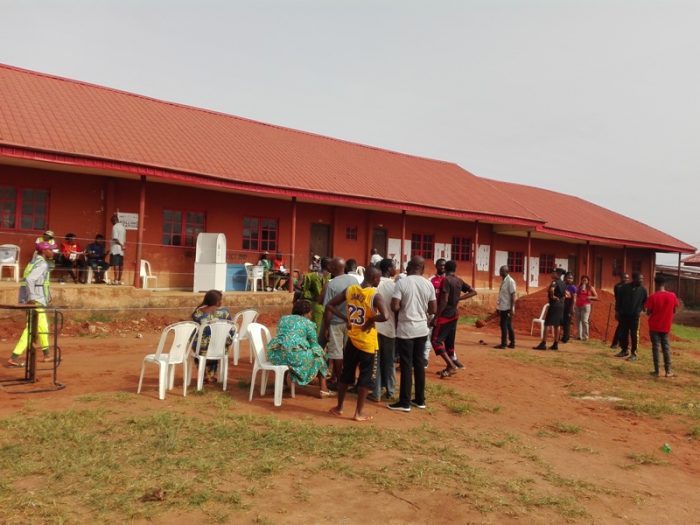 This is even as INEC ad-hoc staff protested the non-payment of their camping allowance, at Oliha Primary School, in Benin.

Various polling centers visited were devoid of large turn of voters the same way they did two weeks ago during the presidential and national assembly elections.

Some are of the opinion that the election which began on a shoddy note, could be because of the non-inclusion of governorship election in the state.

When our correspondent visited Oliha Primary School, at 8.30am, the INEC ad-hoc staff were seen in groups arguing with INEC staff over money issue.

The angry protesters mobbed journalists (including our correspondent), who attempted to record the incident, forcing them to delete all photos and videos made from the scene.

One of them who eventually spoke on condition of anonymity, complained that they slept on bare floors of the classrooms, and mosquitoes feasted on them.

“The materials came early, but they have not paid our camping allowance. That is why we have refused to go to our respective polling centres.

“Our money supposed to be N4000, but they are giving N3000. We slept on bare floors over the night and they are still doing this to us,” he lamented.

“I will call the Electoral Officer in charge of Ego to find out why,” he said.