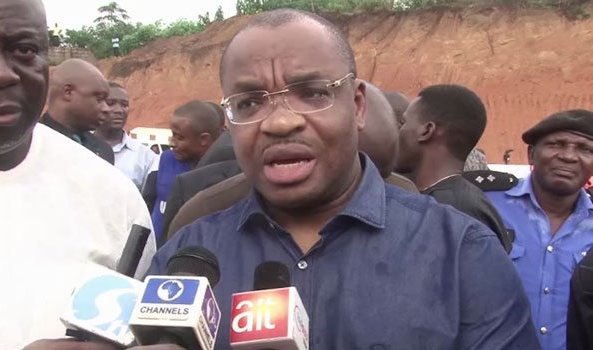 Gov. Udom Emmanuel of Akwa Ibom says he will run a government devoid of malice and carry everyone along in the administration of the state.

Emmanuel, who made the promise in his re-election speech on Monday in Uyo, therefore called on all to join hands with him to build the state.

Gov. Emmanuel of the PDP was announced the winner of the governorship election on Monday in Uyo by the state Returning Officer, Prof. Faraday Orunmwense, Vice-Chancellor of the University of Benin.

The governor-elect thanked the people for their belief in his capacity to lead them and for the peaceful conduct of the March 9 poll.

Emmanuel also promised not to fail the electorate by working harder to transform the state into a major economic hub in Africa.

The governor dedicated his victory to God and the Akwa Ibom people.

He said: “Education, healthcare delivery, food sufficiency, peace and security, infrastructure renaissance, foreign investment will remain my abiding articles of faith for the next four years.

“Your fresh mandate has fired me up; the passion to do the most for our people remains right and uplifting. We will not fail you.

“We have all we need to be great, the mindset of our people has been changed, thanks to our Dakkada philosophy, we have great talents and a propelling desire to be successful.

“Our youths are embracing an ownership culture and the need to use the work of their hands and their creative instincts to create wealth for themselves.

“As we get ready to start our second term, I urge you to continue to maintain the peace we have so far enjoyed; show love to your neighbours.”