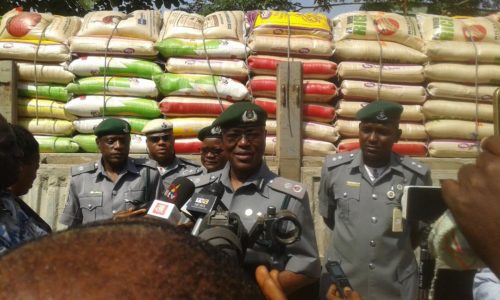 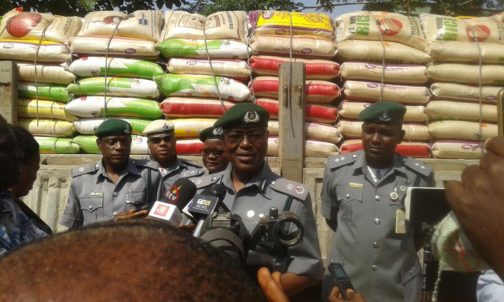 Controller of Customs, Ogun Command, addressing journalists on a similar seizure[/captionThe Nigeria Customs Service (NCS) volleyball team will depart Abuja on Wednesday for Cairo in Egypt for the African Women’s Club Championship, an official said on Tuesday in Abuja.

Maikano Adamu, Secretary-General of the Nigeria Volleyball Federation (NVBF), told the News Agency of Nigeria (NAN) that the team was very well prepared for the championship.

He said he was optimistic that the team would perform better considering their level of preparation for the competition scheduled for Thursday to March 26 in Cairo.

The NVBF official said he was sure the team would make Nigeria proud because the players had been adequately prepared for the competition.

“The team is currently in the seventh position in Africa, but with the level of their preparation, I am confident that they will move up in their ranking.

“The team has been in closed camping for over a month and they have also played lots of friendlies to keep them in good position for the championship,’’ he said.