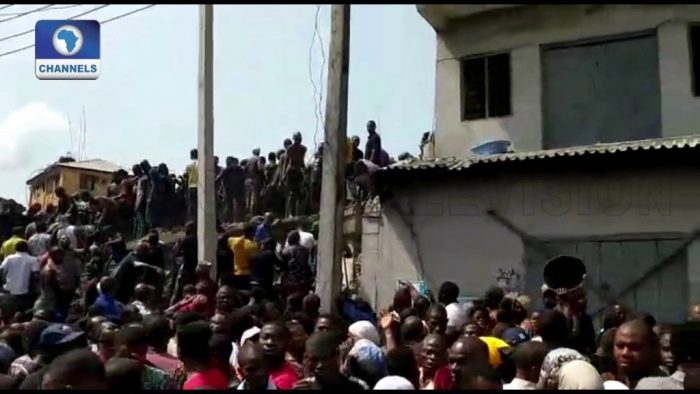 Weeping and wailing have rent the air as parents, nurses and others wailed as bodies of dead pupils evacuated from the three-storey collapsed building on Lagos Island were being brought to the hospital.

Over 100 children are trapped in the building.
pic.twitter.com/htlqJiVNYf