Collapsed building: One of my children is still missing, father cries out 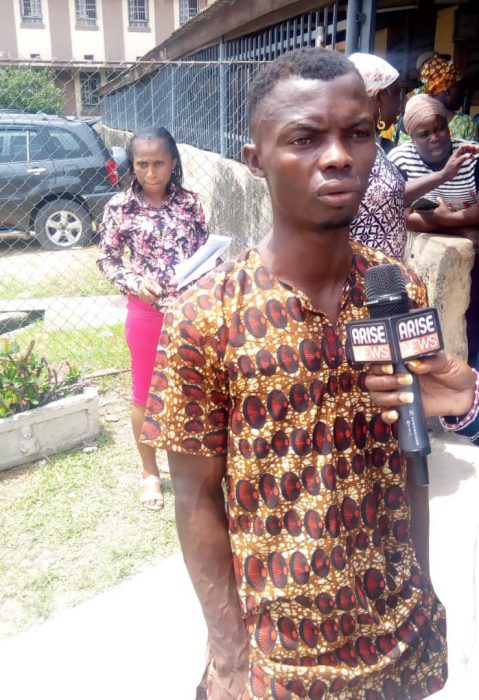 Father of the missing child

A father has cried out that one of his three children is still missing 24 hours after a three-storey building collapsed at Ita-Faji area of Lagos Island, Southwest Nigeria.

The Lagos State Government had said it has concluded rescue operation and evacuation of dead bodies from the ruins of the collapsed building, but a father has cried out over a missing child.

According to Mr. Muyideen Akinshina, three of his children were involved in the collapse, saying that one survived, one dead while a third one was still missing.

The agonising father gave the name of the missing daughter as Mujidat.

He said to reduce the agony, he had buried one, Aaliyah, who did not survive after the collapse.

Akinshina decried that he was now left with his last child, Abdullahi, who is two year-old and that he was still being attended to at the hospital ward.

“Of my three children, I lost one, Aliyaha, one is missing, Mujidat, while Abdullahi, who is two year-old, is still being attended to at the ward,” he cried out.