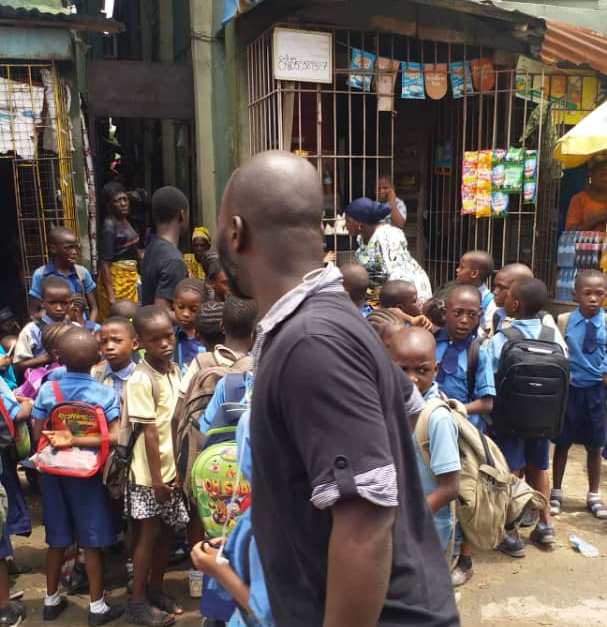 School children sent home after their school was shutdown on Thursday

The Lagos State Government on Thursday shut down 45 unapproved schools and buildings on Lagos Island following the collapse of a three-storey building at Ita-Faji which killed several pupils.

The Lagos State Government, through the Lagos State Building Control Agency (LASBCA) deplored its officials across the nooks and crannies of the state to enforce the sealing up and removal of all illegal and distressed structures and unapproved schools.

The General Manager, LASBCA, Engr. Lekan Shodeinde said the sealing of distressed structure came up as a follow up to the building collapse which occurred in the early hours of Wednesday at Ita Faji, Lagos Island where pupils were part of occupants and affected victims.

Shodeinde stressed that the sealing up of the illegal buildings within the metropolis became necessary to prevent further occurrence of calamities of such magnitude.

He said the agency would work with the Office of Education Quality Assurance under the Lagos State Ministry of Education and other relevant agencies of government to achieve the desired result of a conducive, safe and secure environment for learning for the teeming population of students in the state.

Shodeinde stated that the era of illegal conversion of buildings would soon be a thing of the past as the Agency would come out hard on all building owners using residential buildings for commercial purposes without going through proper procedure.

The General Manager, however, appealed to all Lagosians to work together with the government by informing the agency about distressed buildings and illegal construction or conversion within their area of residence.

“We need to be our brothers’ keeper by doing the needful to avert unavoidable calamities and invariably saving lives and properties of fellow Lagosians,” he stated.