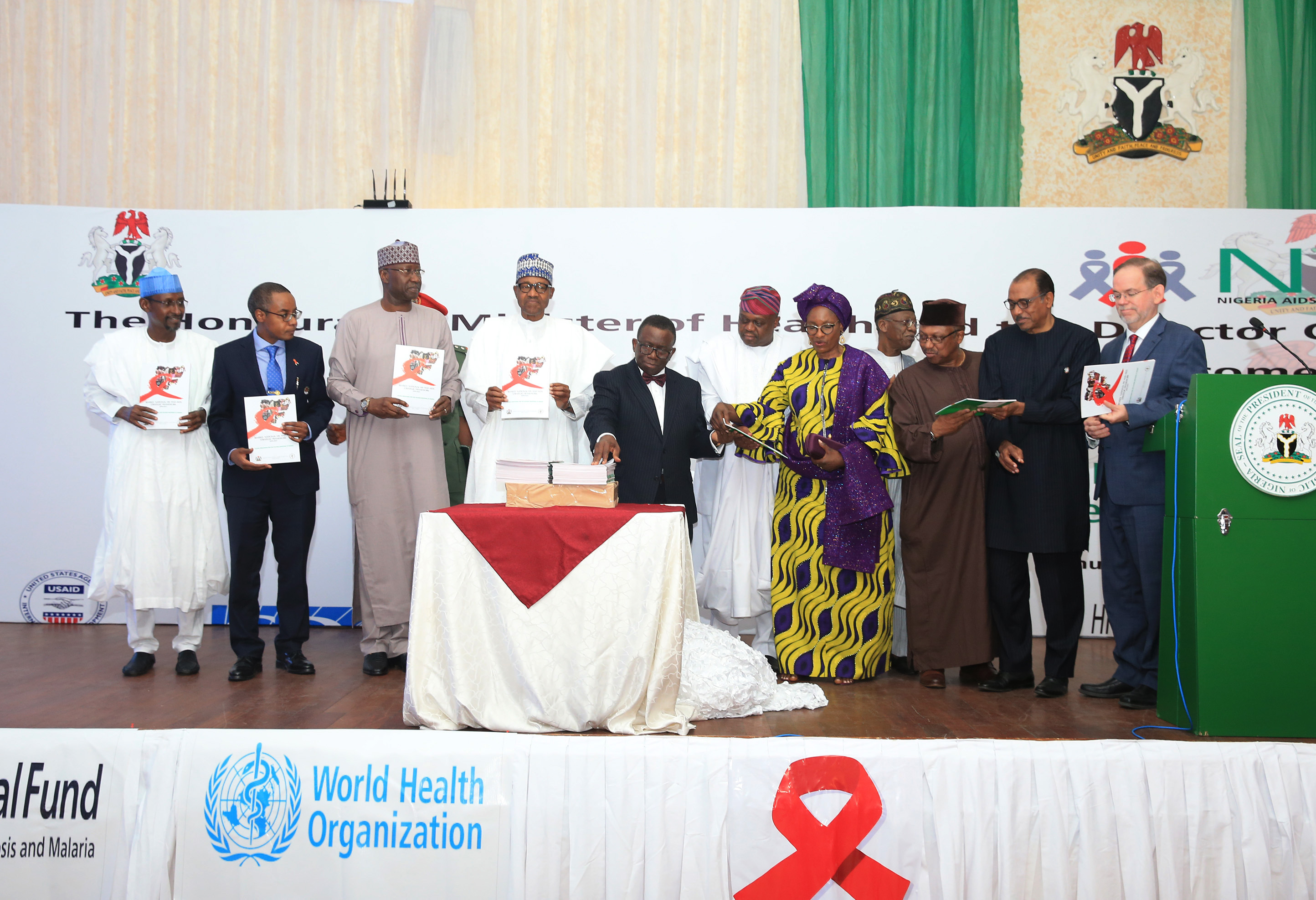 Results of the largest national HIV survey conducted in Nigeria has revealed that fewer people now live with the disease in Nigeria.

Speaking in Abuja, President Muhammadu Buhari, welcomed the news that there are fewer people living with HIV in the country than previously estimated and launched the Revised National HIV and AIDS Strategic Framework 2019–2021, which will guide the country’s future response to the epidemic. Nigeria has made good progress in scaling up HIV treatment and prevention services in recent years.

“For the first time, the end of AIDS as a public health threat by 2030 is truly in sight for our country,” said H.E. Muhammadu Buhari, President of Nigeria. “I urge all of us not to relent but to increase the momentum. Let us work collectively and push for the last mile.”

The data from the Nigeria National HIV/AIDS Indicator and Impact Survey (NAIIS) are based a revised and enhanced methodology. The survey provides a clearer understanding of Nigeria’s HIV epidemic and shines a light on progress and the remaining gaps and challenges.

The Executive Director of UNAIDS, Michel Sidibé, welcomed the new estimates and said the improved understanding of the country’s HIV epidemic would allow Nigeria to better reach people living with HIV and people at higher risk of acquiring HIV.

“I commend the Government of Nigeria and its partners for conducting this ambitious survey, which provides us with a much better understanding of the country’s HIV epidemic,” said Mr Sidibé. “While it is fantastic news that there are fewer people living with HIV in Nigeria than previously thought, we must not let down our guard. Let us use the results of this survey to better focus our delivery of HIV prevention, treatment and care services to the people in the greatest need and ensure that Nigeria gets on track to end the AIDS epidemic by 2030.”

While Nigeria’s national HIV prevalence is 1.4% among adults aged 15–49 years, women aged 15–49 years are more than twice as likely to be living with HIV than men (1.9% versus 0.9%.) The difference in HIV prevalence between women and men is greatest among younger adults, with young women aged 20–24 years more than three times as likely to be living with HIV as young men in the same age group. Among children aged 0–14 years, HIV prevalence according to the new data is 0.2%. Significant efforts have been made in recent years to stop new HIV infections among children.

The improved understanding of the country’s HIV epidemic will allow for more efficient investments in the response to HIV and more effective planning for the provision of HIV prevention, care and treatment services, including a focus on key populations, such as female sex workers. It will permit the adoption of a population–location approach to deliver services to the people and areas where they are most needed.

“The Nigeria National HIV/AIDS Indicator and Impact Survey (NAISS) findings provide Nigeria with an accurate national HIV prevalence measure of 1.4%. NAIIS also showed we are able to effectively provide antiretroviral treatment,” said Isaac F. Adewole, Nigeria’s Minister of Health. “Everyone infected with HIV needs to get treatment so they can achieve viral suppression, especially pregnant women. We must ensure pregnant women have access to antenatal services and are tested during every pregnancy. We know we can support HIV-positive mothers, hence ensuring the next generation is free from HIV.”

The new data are more accurate as they are based on an expanded surveillance system and a revised and enhanced methodology. In recent years, there has been a significant expansion in the country’s response to HIV. The number of sites providing treatment has more than tripled, the number of sites providing services to prevent mother-to-child transmission of HIV has increased eightfold and the number of HIV counselling and testing sites has increased fourfold. A total of 11.3 million adults were counselled and tested for HIV in 2016, four times as many as in 2012.

“It is important that all people living with HIV get treatment and achieve viral suppression. To halt the epidemic, we need to act now,” said Sani Aliyu, Director-General of the National Agency for the Control of AIDS. “As a government working with our partners, we have what it takes to support people who are HIV-positive, to provide treatment, to protect their families and to help people live long and healthy lives.”

The NAIIS was led by the Government of Nigeria through the Federal Ministry of Health and the National Agency for the Control of AIDS. UNAIDS, the United States President’s Emergency Plan for AIDS Relief and the Global Fund to Fight AIDS, Tuberculosis and Malaria provided support for the work on the survey, which was overseen by the United States Centers for Disease Control and Prevention and implemented by the University of Maryland, Baltimore, with a scope that included all 36 states and the Federal Capital Territory of Nigeria. The survey reached around 220 000 people in about 100 000 households. Fieldwork was conducted between July and December 2018.