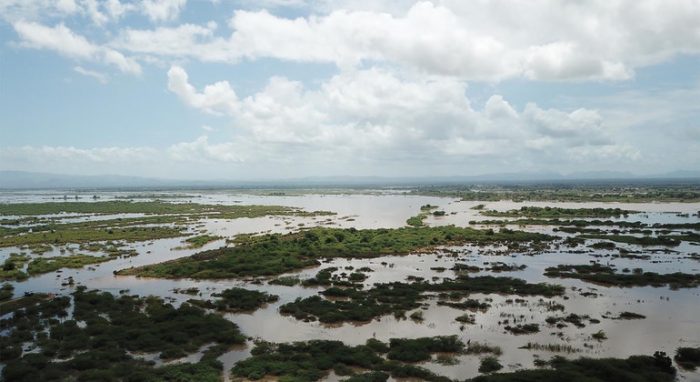 The tropical storm has already pounded neighbouring Malawi and Mozambique. The latter has cut electricity exports to South Africa, which led to rolling blackouts in Africa’s most industrialised economy, Reuters reports.

“The death toll has risen from 31 to over 64 now. Some of the bodies have been found floating along the rivers,” July Moyo, the local government minister told reporters.

“There are a number of people who are missing.”

The government has declared a state of disaster in the eastern Chimanimani district, which borders Mozambique, allowing authorities to release funds to assist affected families.

President Emmerson Mnangagwa, who faced criticism from citizens and the opposition for travelling to the United Arab Emirates on Saturday, said he was cutting his trip short to make sure he was “involved directly with the national response.”

Joshua Sacco, a member of parliament in Chimanimani, told Reuters by phone he had “never seen such kind of destruction before”, adding that rescuers were struggling to reach those affected.

The ministry of information said access to the rescue operations was slowed by damaged infrastructure, including power and communication. Air force helicopters began carrying injured people to hospitals after the weather improved later on Sunday.

Some citizens started crowdfunding on Twitter to help those affected while the government sought assistance from individuals, private companies and international aid agencies.

Pictures shared on Twitter and television footage showed the extent of the damage, with rock falls and mudslides blocking roads and some houses submerged in water.

The storm is the worst to hit the country since Cyclone Eline in February 2000, which devastated eastern and southern Zimbabwe.

According to Reuters,the country has faced a severe drought this year that has damaged crops. A United Nations humanitarian agency says 5.3 million people will require food aid.