I'm not thinking about Real Madrid for now - Eden Hazard 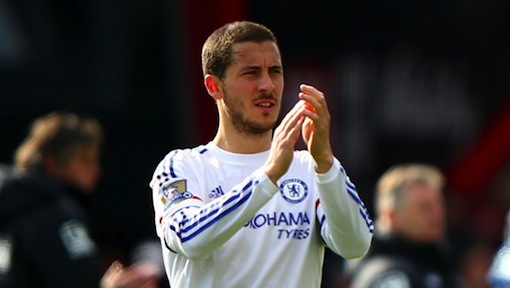 Chelsea star forward, Eden Hazard, has stated he is currently focused on helping his club to win the Europa League and also challenge for next year Champions league qualification spot despite keen interest from Real Madrid in recent weeks.

According to Sky Sport, Chelsea football club rejected the first bid for Eden Hazard this week, with Real Madrid willing to splash out more cash to lure the Belgium forward to the Santiago Bernabeu stadium next season.

“I’m not working on that right now,”

“I want to shine with Chelsea for a few months and try to win the Europa League. This week I think about my country and then back to Chelsea. Then we’ll see.”

The midfielder also admitted  the importance of Chelsea upcoming fixtures, as it determines their fate for next season Champions league spot.