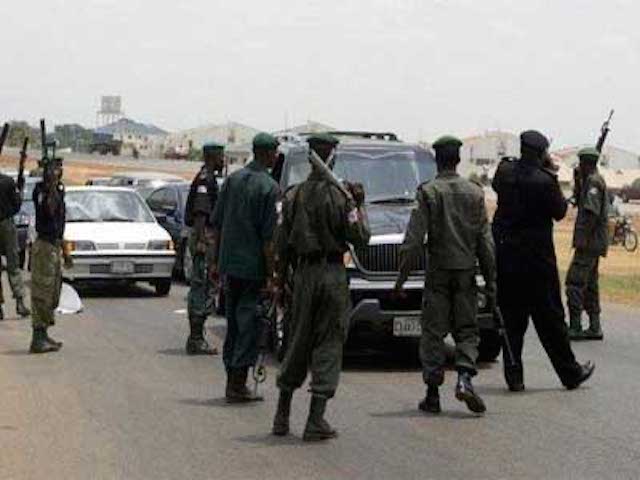 Security has been beefed up in and around Kano metropolis as the governorship re-run election progresses in parts of the state.

Armed policemen deployed to enforce the restriction of human and vehicular movement are patrolling some of the major streets of the city to ensure total compliance of the order.

Some of the security personnel were also seen covering some of the areas believed to volatile even though the election is not taking place there.

The policemen have also been stationed along some major streets of the city.

Most of the residents of the city have complied with restriction of movement order.

Some journalists covering the poll had earlier escaped lynching by some suspected thugs at Suntulma Primary School in Gama ward of Nasarawa Local Government Area of the state.

The newsmen who were in the area to monitor the exercise were chased out of the place by the hoodlums.

The re-run election is being conducted to decide the winner between two candidates – Abba Kabir-Yusuf of the Peoples Democratic Party (PDP), who polled 1,014,477 votes, and incumbent Gov. Abdullahi Ganduje of the All Progressives Congress (APC), who got 987,810 votes in the first poll conducted on March 9.

The margin between the candidates stood at 26,655 votes in favour of Kabir-Yusuf.