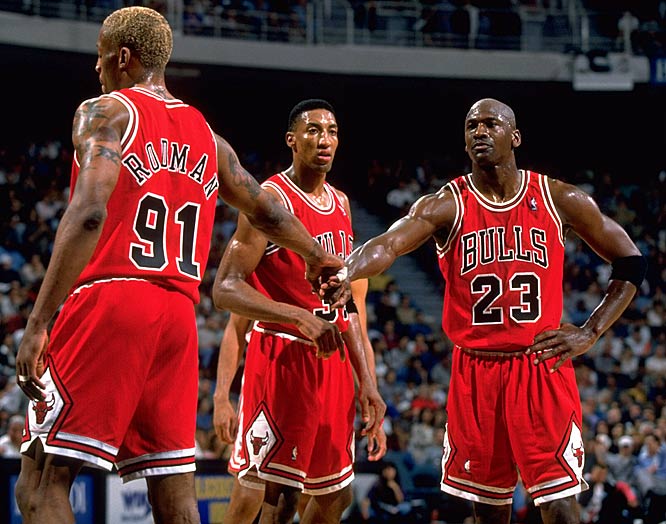 Chicago Bulls Basketball Club of the U.S has donated 200 basketballs and some bags for the maiden Ahmadu Bello University (ABU), Zaria, National/International Workshop for coaches.

The Coordinator for the workshop, Coach Oliver Johnson, made the disclosure on Sunday at the close of the training at ABU’s gymnasium.

Johnson said the support from Chicago Bulls was unprecedented and called on other public spirited individuals, teams and corporate organisations to emulate them.

“We are grateful to them and other sponsors and calling on others to emulate them,” he said.

Johnson described the workshop as successful, adding that it featured 54 participants, including nine ladies from the country.

The veteran coach, who is also the technical adviser for basketball in ABU, attributed the success of the workshop to team spirit.

“We initiated it as a team work. I couldn’t do it without a team. Some of the outstanding people that committed to its success included Andy Kpedi, Director, University Advancement, Professor Adamu Ahmed, Isa Umar Foundation, Edward Tox, and the ABU Vice-Chancellor.

“Isa Umar Foundation donated two sets of jerseys to the male and female basketball teams of ABU during the visit,” he said.

Also, Andy Kpedi, one of the coaches and a sponsor, said that with what he witnessed during the workshop, Nigeria was in good hands with basketball coaches, adding that things needed for the team to improve were adequately noted.

“They have improved because we gave them the skills they need to improve upon. I made them do a practice plan, which they did. They are excellent,” he said.

As part of the workshop, a health fitness session was anchored by Dr Funmi Dominic, an Associate Professor in the University of Ilorin.

Dominic, who is also the institution’s basketball coach and currently the Director of Sports, University of Ilorin, said the session was to ensure the health of the coaches.

“Its a workshop for coaches, but we need to check to ensure they are healthy. We also provided for them psychologically. We have also conducted medical tests and checkup on them.

“Althrough there are questions and answers, we have discovered where they have health problems and provided possible solutions,” she added.

Some of the coaches that participated expressed delight with what they have learnt.

Saratu Luga, the coach of FCT City Chiefs Basketball Team, said she learnt a lot from the workshop.

“I learnt that I must upgrade, I must move with time, stay fit to be able to impart in youths or basketball players.

“I am optimistic it would impact on my team. Professionalism has been learnt.”

Fatima Bashir Adetunla, Female basketball coach of Bayero University, Kano, said she would use all she learnt to maintain winning streaks with her team.

“The university sponsored me here and I will pay them back by putting into practice what I learnt for efficiency and better results,” she said.

Also, Zamfara State basketball coach, Bashar Mohammed, said that what he has learnt will make him a better coach.

“I have learnt all the drills, many things like what a coach is expected to do on the court.

“I also learnt that we have coaching problem but we are coming up. I learnt lots of things,” he said.

While commenting on the brilliant performance of his team during an exhibition game with the ABU Kings Basketball team, he said he was amazed at the improvement recorded.

“Our players learnt some skills that we didn’t know about until the workshop, which we put into practice while playing the ABU Kings basketball team.”