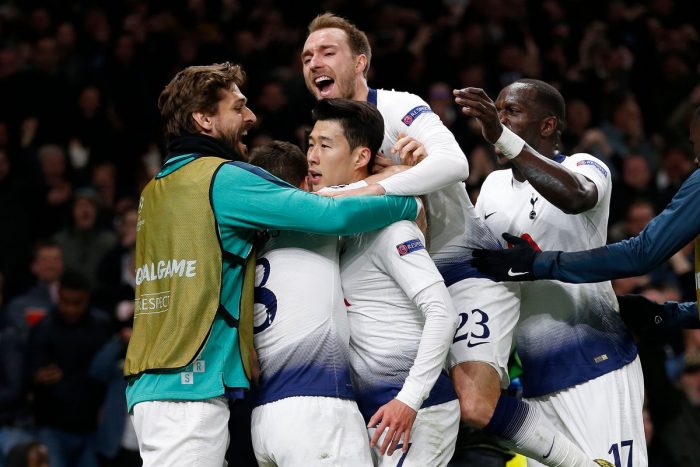 In a searing atmosphere in their vast new stadium, Spurs overcame the loss of Harry Kane to a serious looking ankle injury – sustained when he challenged Fabian Delph in the second half.

And they made the breakthrough with 12 minutes left as Son twisted and turned on the byeline before shooting low past Ederson.

Spurs had survived the concession of an early penalty, awarded on a pitchside video review by the referee after Danny Rose was judged to have handled Raheem Sterling’s shot. Sergio Aguero stepped up, but keeper Hugo Lloris saved.

BBC reports that Manchester City were never at their best and must now overturn this narrow deficit at Etihad Stadium on 17 April to keep alive their hopes of a historic quadruple of Champions League, Premier League, FA Cup and League Cup.