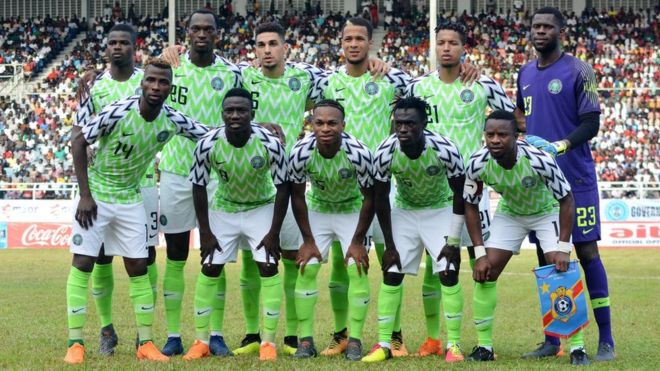 Nigeria’s Super Eagles have been drawn in Group B along with Guinea, Madagascar and Burundi at the African Cup of Nations, AFCON, tournament in Egypt in June.

At the draw held in Cairo, Egypt on Friday, hosts Egypt will face DR Congo, Uganda and Zimbabwe in Group A.

The tournament will take place from 21 June to 19 July, meaning Europe-based players will not miss club games.

It is the biggest AFCON yet, with 24 teams, and the first to be held in Europe’s summer rather than January or February.

The draw was held next to the pyramids in Egypt.