Death sentence on 8 Nigerians by UAE is unfortunate, says Dabiri-Erewa 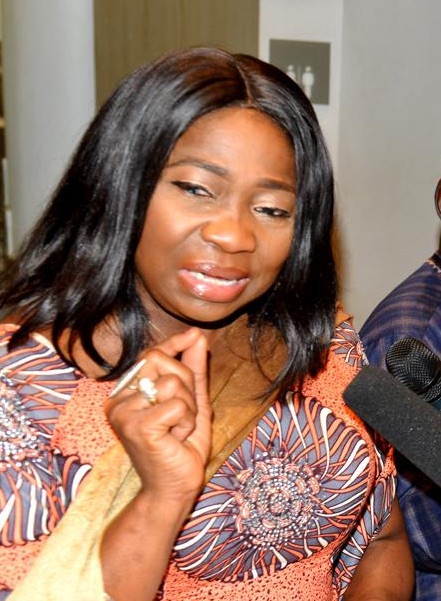 The Senior Special Assistant to the President on Foreign Affairs and Diaspora, Mrs Abike Dabiri-Erewa has described the death sentence passed on eight Nigerians in United Arab Emirate (UAE) as unfortunate.

Eight Nigerians were sentenced to death on Wednesday in Sharjah, UAE for a string of robberies at money exchanges and cash machines (ATMs) across the emirate in December 2016.

Dabiri-Erewa said this in a statement made available to the News Agency of Nigeria (NAN) on Friday in Abuja
The presidential aide who expressed concern over the development, however said the incident was not an actual description of personalities of people of Nigeria.

”It is an unfortunate incident, but it is not an incident that defines who we are as a people.

”If a few Nigerians have committed a crime for which they are being punished, thousands of Nigerians are doing great in that same country and are being appreciated and celebrated.

”Mr President, who meets Nigerians every time he goes on official trips outside the country, always appeals to Nigerians to be good ambassadors wherever they are.

”I must commend millions of our brothers and sisters excelling all over the world.

“Bad news travels fast and I appeal to the media to help spread the good news about Nigerians and not concentrate only on the once in a while negative stories,” she said.

All the convicted Nigerians were not identified by both the Gulf News and Khaleej Times, all UAE local newspapers, that reported the trial.

A total of 20 suspects were initially held for attacking security guards in four violent attacks at ATMs and money exchanges across Sharjah in late 2016. Out of the suspects, nine were convicted.

Some of the accused, confessed to their crimes while others denied the charges levelled against them.

The verdict was handed down by Judge Majid Al Muhairi of Sharjah Criminal Court on Wednesday.