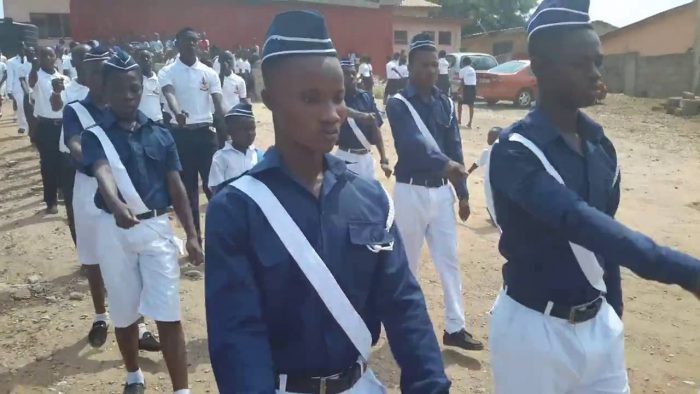 A car has run into a procession of Boys’ Brigade and killed 10 of them in Gombe State late on Sunday.

The Boys’ Brigade were said to be from ECWA Church from Bamusa, Barunde and from St Peter’s Anglican Church, Madaki. The procession took place around 11.30 p.m. on Sunday.

They were on procession to Sabon-Layi Area of Gombe Metropolis where they were expected to celebrate Easter on Monday.

The Nation reports that the boys were rushed to the Gombe State Specialist Hospital as soon as the incident happened.

Malum said that eight out of the 10 dead persons were members of the Gombe State Boys’ Brigade while the other two were the driver of the car and his friend.

She said that the police had started its investigation on the matter.

Michael Achika, the Captain of the ECWA Church’s Boys’ Brigade from Bogo (Gombe State), appealed to the government to offset the bills that would be incurred by those undergoing treatment.

Achika also urged government to compensate the families of the deceased.

He commended the staff of the Gombe State Specialist Hospital for quickly attending to the injured when they were taken there.

He said that the victims were responding to treatment.