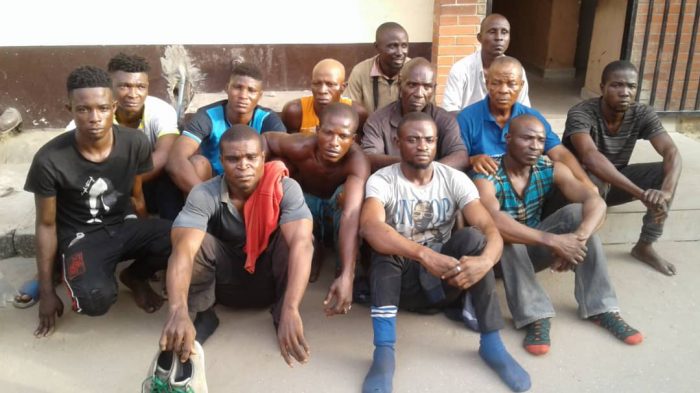 The Police Command in Edo on Wednesday disclosed that it arrested no fewer than 346 suspects for various crimes in the state from February till date.

The state Commissioner of Police (CP), Mohammed DanMallam who made the disclosure to journalists in Benin, said the suspects included secret cult members, ritualists, and other hoodlums who specialised in different crimes.

.DanMallam said they included the alleged mastermind of the killing of the Divisional Police Officer (DPO), a pregnant female officer and two others in Afuze, Owan West Local Government Area of Edo.

He said the suspected killers of the policemen confessed that they committed the crime in order to free their colleagues who were in police custody for motorcycle theft.

While disclosing that 141 cases were reported in the command within the period, he noted that the command charged 110 of the cases to court.

He further disclosed that 218 suspects were charged to court within the period while 55 arms and 191 ammunition were recovered from them.

The CP stressed that the feat was achieved through the collaboration of sister agencies, adding that the command was determined to rid the state of crimes and criminality.

He urged the public to give useful information to the police while giving assurance that the command would deal with any officer who violated the ethics of policing in the state.