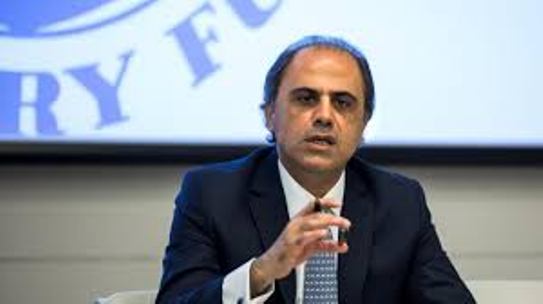 Algeria needs to focus on avoiding economic instability during its political transition after the resignation of President Abdelaziz Bouteflika, a senior official at the International Monetary Fund (IMF) said.

According to NAN, Jihad Azour, IMF’s Middle East and Central Asia Director, said the OPEC member should carry out reforms to help cut the deficit and reduce reliance on oil and gas.

Bouteflika resigned on April 2 amid mass demonstrations against his two-decade rule, and the protests have not stopped, with activists seeking the departure of Prime Minister Noureddine Bedoui and Interim President Abdelkader Bensalah.

Bensalah is in charge of a 90-day transition period set to end with a presidential election on July 4.

Algeria has been under financial pressure due to a fall in global oil prices since mid-2014.

It has failed to diversify the economy away from crude and gas, which account for 60 per cent of the budget and 94 per cent of total exports.

“Structural reforms will allow Algeria to diversify outside oil and to use its strengths, both in terms of a young population, geographical location and wealth it has in different sectors,’’ Azour said.

Algeria’s economy grew 2.3 per cent in 2018 due to higher oil prices, up from 1.4 per cent the previous year, but below a four per cent government forecast, according to the Finance Ministry.

The non-energy sector grew four per cent last year, against 2.2 per cent in 2017.

The government in 2018 started implementing changes that allow the central bank to lend directly to the treasury to fund internal public debt.

The budget deficit is projected at 9.2 per cent of gross domestic product for this year, up from nine per cent in 2018.

“What is important economically for Algeria is to preserve economic stability during this political transition,’’ Azour said.

There will also be a need to “anchor stability in the medium term by reducing gradually the level of the budget deficit and avoiding any monetising of the deficit.’’