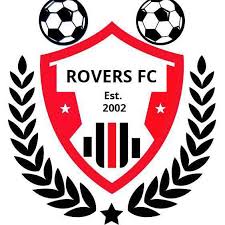 Rovers defeated Ben Ayade Football Club 1-0 in a keenly-contested final match of the competition at the U. J. Esuene Stadium in Calabar.

The first 45 minutes of the match saw both teams losing a lot of opportunities.

In the 42nd minute, Uchenna Njoku towered above others to head home Ofem Inah’s cross for the only goal of the match.

Ben Ayade FC responded immediately by winning a penalty kick a minute later when one of their strikers was brought down in the penalty box.

But Okon Etete could not convert it to draw his side level.

The second half was no different from the first as both teams missed several opportunities.

Speaking after the match, the coach of Ben Ayade FC, Jerry Udensi, said he was disappointed with the officiating of the match.

He said it was wrong for the referee to have cancelled his team’s goal that was clearly a goal.

“It is clear that the referee was under instruction to let one side win. That was one of the most beautiful goals we have seen in recent times.

“I know everyone wanted Rovers to win, but my boys played better.

“Both teams are representing the state in the Aiteo Cup. Let them go and prepare and we will also prepare for the competition”, he said.

On his part, the Chief Coach of Rovers FC, Bob Usim, said it was a keenly-contested match.

He added that he was happy that his players gave their best and the end justified the means.

Usim added that, having won the state FA Cup, they would go ahead to take the matches as they come.

“Rovers is a state-owned club, but we need all the support we can get, from the government and well-meaning individuals in the state in the form of finance and otherwise as you know football needs money,” he said.

In his remarks, the Cross River FA Chairman, Essien Ayi, urged the state government to support the teams going for the Aiteo Cup.

He said that was the only way they could achieve success in the competition.