FLASHBACK: IBB’s special August dates and book that gave his regime its notoriety 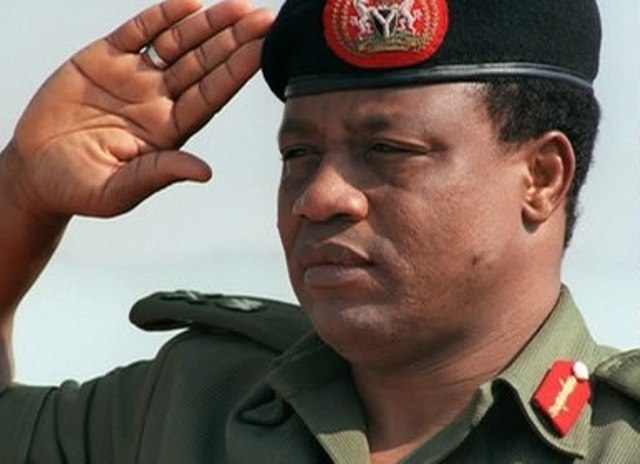 Ibrahim Babangida, IBB for style, has some special dates in August. He was born on 17 August 1941. He marked the birthday this month. On 27 August 1985, he overthrew Major General Muhammadu Buhari in a coup. It was exactly 31 years yesterday. And he stepped aside from office on 27 August 1993.

For eight years that he ruled, his regime was characterised by high dribbles (for which he was nicknamed Maradona), brutality, deceit and Don Corleone or Godfather type of generosity. And 23 years after he left power, many Nigerians still remember his government with love or hate, depending on which side they belong.

How did IBB get the ideas that gave his regime its notoriety or popularity? In the following feature, TheNEWS reveals how he and his August 1985 to August 1993 regime were greatly influenced by Niccolo Machiavelli’s classic, The Prince. We present two pieces written by Adebayo Williams (IBB: The lonely long distance runner) and Ike Okonta (The General’s Tactics):

Plotting scheming, neutralising and tirelessly maneuvering, Ibrahim Gbadamosi Babangida, a.k.a. Maradona, is Nigeria’s most nimble and politically sophisticated ruler. No one can be said to have ruled the country with a firmer grasp of its confounding intricacies or a steadier insight into its profound, unsettling dynamics. In a country of reluctant rulers, President Babangida appeared to have prepared himself for office with a calm deliberation and unflinching resolve. He is a man with an astonishing will to power.

Yet to many of his countrymen, the general remains a perplexing enigma, an impossible bundle of contradictions. No one can claim with infallible authority that he really knows the Minna-born soldier that he is privy to what goes on in the dark recesses of his infinitely resourceful mind. And here is a man who, by his own admission, has been kingmaker behind the scene and a king on the scene for a whooping twenty-seven years of our chequered history: Like the celebrated Janus, Babangida is all manner of things to all manner of men. To his fawning band of adulators, he is princely here. To members of the charmed magical circle that surrounds him, he is the nearest thing to a secular saint. To many of his military colleagues, he is the embodiment of patience and understanding. But to others not so well to disposed, Babangida is ruthless and vindictive schemer, a megalomaniac on an epic ego-trip and worst political pestilence to have been inflicted on the country.

And yet there are others who see him as a misunderstood reformer, a much maligned patriot. One thing stands out in all these assessments: Babangida is a strong character who evokes strong passions.

Perhaps, then, the key to unlocking the Babangida mystery lies in the greater Nigerian mystery. If Babangida is a confounding paradox, Nigeria itself, as several commentators have notices, is the ultimate paradox like Nigeria, Babangida is a combination of astonishing strengths as well as astonishing weaknesses. Nigeria is a richly talented country which perpetually runs in the opposite direction to greatness. Like oil, a natural blessing which has turned out to be a source of profound embarrassment for the country, General Babangida’s own considerable natural endowments, his guile, his cunning, his breath taking daring, his will to dominate, his penetrating insight into the seemingly defective constitution of his fellow countrymen, may ultimately have proved an embarrassment of riches.

As a ruler, General Babangida is the most compelling embodiment of the Nigerian mystique. This perhaps is the key that unravels the riddle of the original romance. After an initial coolness, Nigeria suddenly warmed up to its new ruler in an unprecedented upsurge of affection and admiration. It was as if the country had suddenly discovered the hero it had been searching for. The summer of 1985 was unforgettable as it was memorable. Die-hard critics, age-long malcontents and the professional opposition began falling over each other to pay homage and pilgrimage to the new king. For those interested in the semiotics of official patriotism, and of power with responsibility, the image of a rain-soaked Major-General Babangida taking the national salute at that year’s independence celebrations remains a fetching symbol of national rejuvenation.

But if that was a dream honeymoon, the marriage itself cannot be said to have lasted much longer. The cosy association appeared to have disintegrated in a nightmare of recrimination and mutual disenchantment. As it happened in Things Fall Apart, a Chinua Achebe’s celebrated classic, hero and society seemed to have parted ways, the falcon can no longer hear the falconer, anarchy looms. Perhaps what is unfolding before our very eyes, is one of those epic historical tragedies. And it is not an occasion for caustic virulence but an occasion for sober reflection and a reassessment of what Aeschylus, in a moment of supreme insight, has called the fundamental unhappiness of a society in search of heroes. For not even his worst detractors will deny the fact that there was a time when Babangida had virtually the whole of Nigeria eating from his palms.

It is the task of sober historians of the future to determine what went wrong. All we can do is to hazard a few guesses. Perhaps there was really no foundation for the optimism. It may well be a case of a tired, despoiled nation ready to clutch at any straw. Or it may be that in the long run, the general might have been manipulated by his own manipulations. How else does one explain the elementary mistakes, the bizarre miscalculations, the penchant of self destruct even when supreme glory seemed in sight? The overarching vision was wrecked in a jungle of primitive struggle and murderous power play. Afterall, you can only execute your grand vision if you stay afloat-and -alive-in the shark-infested and turbulent ocean of the Nigerian polity. And as the pidgin wisdom has it, there is no paddy for jungle. In that case, history may return the verdict of brilliant tactician and poor strategist on the esteemed general.

For an orphan from a lonely outpost of the country who has lifted himself to the very pinnacle of power by the bootstrap, this may not be a damning verdict after all. Babangida’s career is a classic study in survivalist instincts honed to precision and a phenomenal will to dominate. Perhaps in more stable societies, he would have made a distinguished and world-famous tank general. But even here, the analysis shipwrecks. The greatest tank generals the world has known, from the illustrious Patton, through Lord Montgomery and Field Marshall Rommel to the latter-day Abrams were crusty, caustic eccentrics and a political rebels. The urbane and supremely political general from Minna does not quite fit the classic billing. In temperament and outlook, he is miles apart from these distinguished warriors. Where then do we place our man?

There are many Nigerians, in no mood for charity, who will argue that here has been no fundamental vision or strategy to the game all along. That the whole thing had been one grand trick whose sole aim is to remain in power for a long time and at all cost. If you point at such fundamental programmes as DFRRI, MAMSER, PEOPLE’S BANK, BETTER LIFE and even the uniquely baleful SAP, they are won’t to retort that all these are ad-hoc schemes hastily and clumsily grafted on as the occasion and opportunity demand. In other words, rather than being well thought out initiatives, Babangida’s reforms are nothing but desperate responses to desperate political pressures.

A harsh verdict, no doubt and one that may yet be tempered by the passage of time. But in what looks definitely like the autumn of power, the grandmaster of power play must have come to realise the utter loneliness of the long distance runner. As General Babangida, in the stupendous solitude of Aso Rocks, calmly contemplates a grand architecture in virtual ruins, he might be inclined to conclude that there is after all some architecture in the ruins, as he himself has said of the efforts of his predecessors. But what many others see beyond the great chessboard is a huge mausoleum of discarded pawns and sacrificed knights.

It was the beginning of 1983 and General David Jemibewon, the Adjutant General of the Nigerian Army was preparing to retire voluntarily. But he had a little problem. Jemibewon wanted to buy a Mercedes Benz car that would befit his status as a retired general, but he did not have the money to pay for one. He therefore sent word to Lieutenant General Mohammed Wushishi, then Chief of Army Staff and a good friend of his, for assistance. General Wushishi arranged for the procurement of the car and asked Jemibewon to pay an amount quite below the market value of the car. Jemibewon was still unable to come up with the money. He sought the assistance of some of his fellow officers, among whom was Ibrahim Babangida. General Babangida promptly came to Jemibewon’s rescue and in a matter of days he paid for and took possession of the car. Interestingly, Babangida was General Jemibewon’s junior in rank but he was widely perceived then, while he was Director, Army staff Duties and Planning, as a man of considerable means.