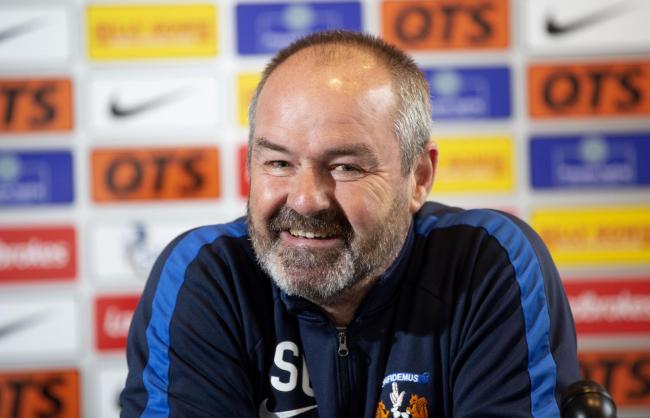 Steve Clarke has been named as the new Scotland manager on a three-year contract that takes him through to the 2022 World Cup in Qatar, the Scottish FA (SFA) announced on Monday.

The 55-year-old has left Kilmarnock to succeed Alex McLeish, who was sacked after Scotland’s disappointing start to the Euro 2020 qualifying campaign which included an embarrassing 3-0 defeat away to Kazakhstan.

Clarke was voted Manager of the Year in Scotland this season after guiding Kilmarnock to third place in the Scottish Premiership — the club’s highest league position since 1966.

“It is an honour to be appointed Scotland National Head Coach and I will undertake those responsibilities with pride and commitment,” Clarke said in an SFA statement.

“I firmly believe we have a talented group of players who can achieve success on the international stage. I look forward to working with them and helping them to fulfil those ambitions.”

McLeish oversaw five wins and seven losses during his second managerial stint with Scotland who secured a Euro 2020 playoff spot after they finished top of their Nations League group.

Scotland, who are struggling in fifth place after two games in the European Championship qualifiers, are looking to end their 22-year wait to reach the finals of a major tournament.

Clarke wants his players to follow the example set by Scotland’s women’s team, who will be making their World Cup debut in France next month.

“I appreciate the Scotland supporters have waited a long time for the (men’s) national team to qualify for a major tournament,” added former St Mirren and Chelsea defender Clarke, who won six caps for his country.

“Now we have a Women’s World Cup to look forward to in France this summer and it’s my motivation to emulate the success of Shelley Kerr and her squad by leading us to Euro 2020.

“I believe we can qualify and look forward to that journey with the players and the fans, starting against Cyprus and Belgium next month.”

Scotland face Cyprus at Hampden Park on June 8 before they visit Belgium three days later in Group I, which also includes Russia, Kazakhstan and San Marino, who they beat 2-0 away.