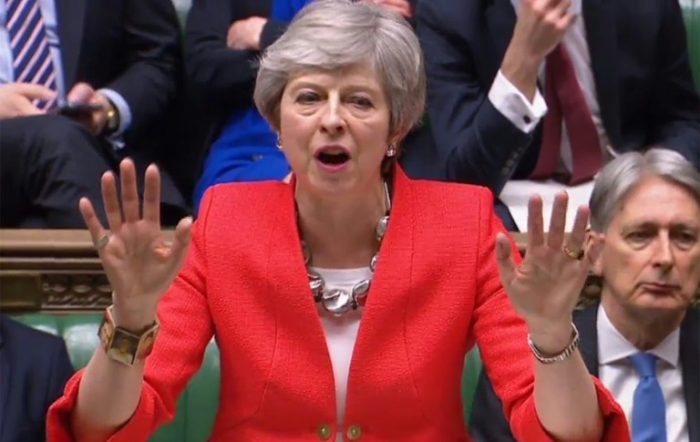 British Prime Minister Theresa May says she will quit 7 June

British Prime Minister Theresa May is reportedly consulting with close allies as she considers whether to give in to relentless pressure to resign, or fight on to save her Brexit plan and her premiership.

Theresa May’s fate looked sealed after the resignation late Wednesday following the resignation of Cabinet minister Andrea Leadsom, who quit saying she could not support the EU withdrawal bill that May plans to introduce to Parliament.

Leadsom, as leader of the House of Commons, had been due to announce Thursday when a vote on the bill would be held.

However, she said she could not support May’s Brexit plan because it did not “deliver on the referendum result” that saw voters in 2016 opt to leave the EU.

“No one has wanted you to succeed more than I have, but I do now urge you to make the right decisions in the interests of the country, this government and our party,” Leadsom wrote in a resignation letter to May.