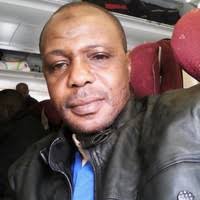 Abducted filmmaker, Salisu Muazu, and two others, have regained their freedom two days after being abducted by unknown gunmen, along the Kaduna-Jos road on Thursday.

Alhaji Sani Muazu, a brother to the victim, confirmed their release to the News Agency of Nigeria (NAN) in Kano on Sunday.

He said all the three victims were freed after paying the N10m ransom as demanded by the kidnappers.

According to Sani, “We paid the ransom and we were misled on where we could reach our brothers and while searching, a truck driver, who saw them, led us to where we could find them.”

He described the situation and the experience of trying to secure their release as a gruelling one for both the captives and their relatives.

While Sani narrowly escaped, his brother, Salisu, and two other friends were held captive by the bandits, who later demanded N10m ransom.

Sani and Salisu are both filmmakers and television experts who have been in Kannywood since the inception of the industry.