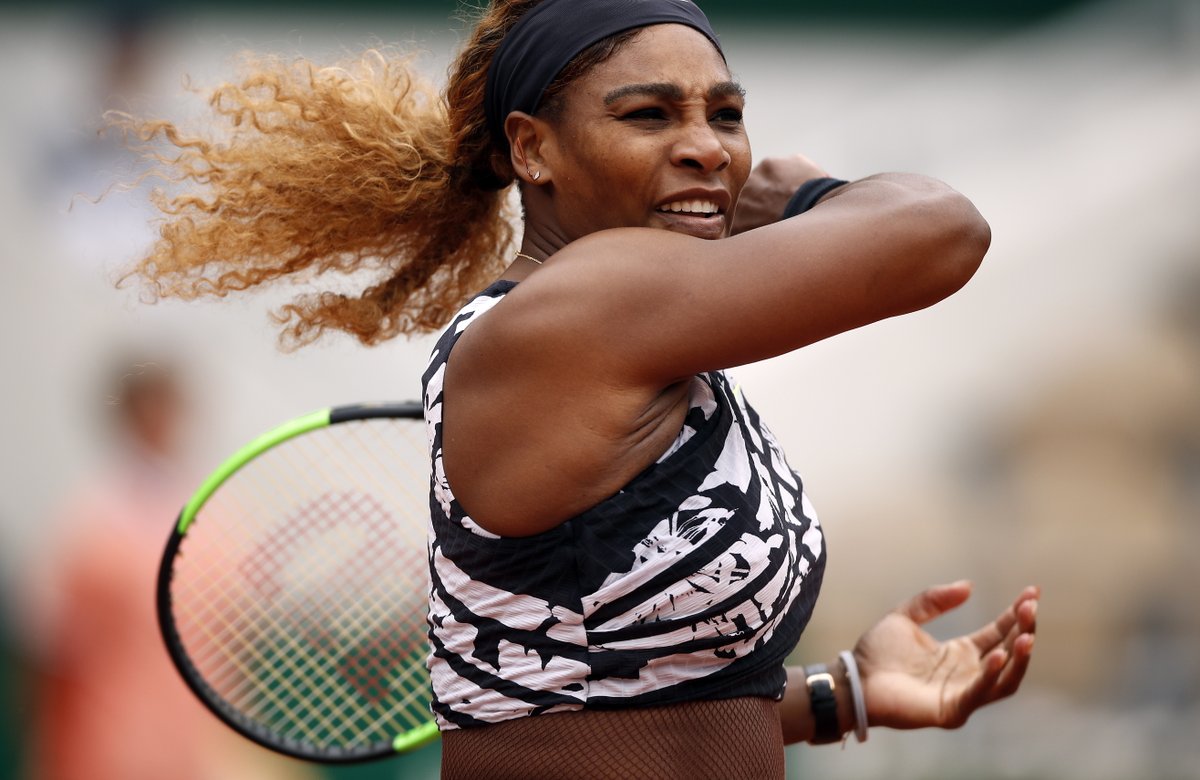 Serena Williams avoided a first round upset Monday by coming from behind to beat Russian Vitalia Anatolyevna Diatchenko in the first round of the French Open 2-6 6-1 6-0 at the half-full Court Philippe Chatrier.

The Russian ranked 83rd had taken the first set after an out-of-sort display by Serena.

Then the 23 Grand slam winner, roared back to win the second set 6-1 and take the third set with a bagel.

Thirty-seven year-old Serena is now 70-1 at the Slams in Round 1 and the win was her 800th main draw victory of her career.

“There is always a lot fear for a first round match,” said Williams who eventually raced to victory, taking 12 of the last 13 games.

“I made lots of mistakes in the first set and I just said ‘good luck, Serena’.

“I was strong after that… now I feel like I need to go and practice.”

Williams won her most recent major at the Australian Open in 2017 while pregnant.

She returned to Grand Slam tennis after giving birth to her daughter at Roland Garros in 2018, making the last 16 where she had been set to resume her bitter rivalry with Maria Sharapova.

An arm injury torpedoed that meeting and stalled her assault on a fourth title in Paris.

Defeat in the 2018 Wimbledon final and US Open championship match, where her now-infamous meltdown overshadowed Naomi Osaka’s title triumph, followed her Paris heartbreak.