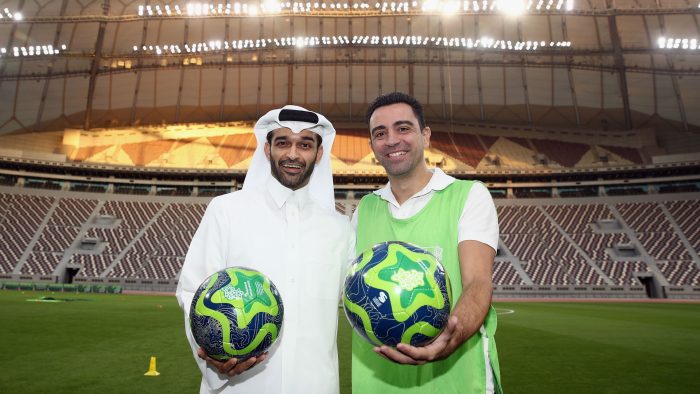 Barcelona legend, Xavier Hernández has been appointed as the new manager of Qatari side Al Sadd.

The 39-year old who made 86 appearances as a player for the Qatar Stars League club since 2015, announced his retirement from football earlier this month.

Hernández penned a two-year deal to take over as manager, and the deal will see him become the boss of his former La Liga rival Gabi, who moved to the Middle East from Atletico Madrid last summer.

Al Sadd confirmed Xavi will take charge of the pre-season training camp in Girona from July 14-29.

Hernández, who is still Barcelona’s all-time record appearance-holder across all competitions with 769 is also one of the world’s best midfielders.

He won eight La Liga titles and four Champions League crowns at the Spanish giants before leaving for the Middle East in 2015.

At the international level, Xavi was also key to Spain’s World Cup triumph in 2010 and won the European Championships in both 2008 and 2012.