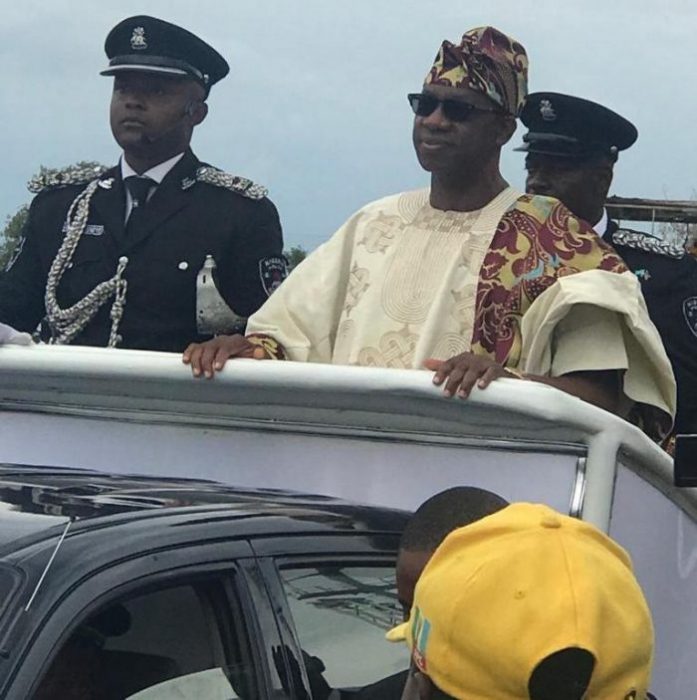 The newly sworn in Governor of Ogun state, Prince Dapo Abiodun has vowed not to run a family government, as he assured residents of the state of qualitative governance geared towards reversing every pains of the past.

Abiodun promised to serve with diligence, character and passion for the wellbeing of the people, insisting that his government would not be an affair of his families and cronies.

The governor said: “I will govern with integrity and character. I will be just, fair and equitable to all. I will not abuse my mandate. I will not betray your trust. I will serve you with dignity and respect and deep sense of responsibility.”

The governor, whose 59th birthday celebration also coincided with his inauguration as the new governor of the state gave this assurance while addressing the huge crowd who had come out in various beautiful attires to be part of the historical event held at MKO International Stadium, Kuto, Abeokuta.

Speaking after being sworn in as the 5th governor of the state by the Chief Judge, Mrs Mosunmola Dipeolu at around 11:52 am, Abiodun said his government would be anchored on the tripartite covenant that is between him, the good people of Ogun state and the almighty God.

He said his government would pursue serious reforms in the civil service to ensure efficient service delivery while the local government would be allowed to be responsive to attending the developmental needs of the people at the grassroots.

Promising prudent management of the state resources with zero tolerance for wastage, Abiodun said his government would address challenges of bad roads across the state using the public works department.

The governor also promised to address the rots in the education and health sectors, inject adequate personnel and modern equipment as well as providing a conducive environment for services that match with the expectations of the people.

Abiodun, also at the event, declared that his government would not tolerate any act capable of disturbing the peace of the state saying that the state under his watch would be made totally uncomfortable for criminals.

The governor at the occasion paid glowing tribute to the people and almighty God for the rock solid support received during the electioneering campaign, pledging that the least he could do to reciprocate the people’s kind gesture and God’s faithfulness was to offer good governance.