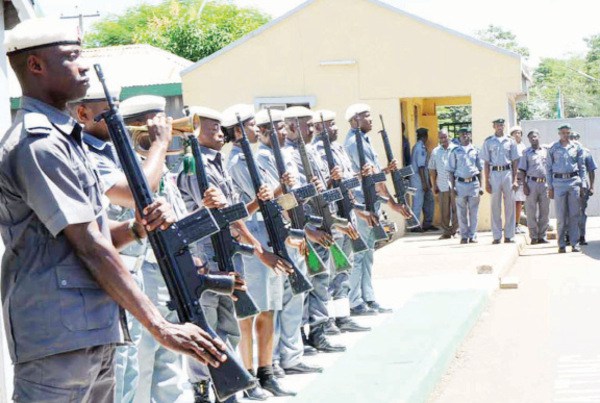 Customs officers: recruitment exercise moves to the next stage

The Customs Service, Seme Border Area Command, says it has intercepted 20 sacks of 1,582 parcels of Cannabis Sativa(Indian Hemp) worth over N30 million, smuggled into the country through the border.

ASC Nuruddeen Saidu, the Customs Public Relations Officer, Seme Area Command, disclosed this in a statement on Friday in Lagos.

The statement disclosed that the Customs Area Controller of the Command, Comptroller Mohammed Garba, confirmed that the items were concealed in a Mitsubishi Canter branded in Indomie noddles insignia.

Garba said that the vehicle was believed to be coming from Ghana.

He said that gallant Seme officers of his command seized the items through intelligence and arrested one suspect accordingly.

Garba said that the arrest was made around Mowo-Elijah axis by Patrol Team ‘A’ led by CSC Abubakar Dakingari, supported by SC Hamisu,, ASC I Umar Danbuzu, among others.

The Comptroller reiterated that the command would not relent on its efforts against illegal trade activities and other trans-border crimes.