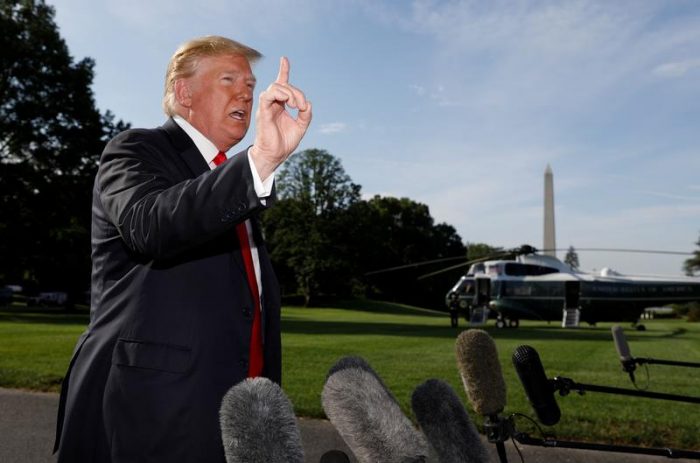 US President Donald Trump said Friday on Twitter that he would formally announce on June 18 his bid for re-election in 2020 at a rally in Florida — a state that was key to his victory in 2016.

Trump’s wife Melania, Vice President Mike Pence and his wife Karen will also be part of the event in Orlando at the Amway Center arena, Trump said on Twitter.

“I will be announcing my Second Term Presidential Run… on June 18th in Orlando,” he said. “Join us for this Historic Rally!”

Trump will launch his campaign against the backdrop of mounting Democratic calls for his impeachment, including by several of the nearly two dozen members of the opposition party seeking to unseat him.

I will be announcing my Second Term Presidential Run with First Lady Melania, Vice President Mike Pence, and Second Lady Karen Pence on June 18th in Orlando, Florida, at the 20,000 seat Amway Center. Join us for this Historic Rally! Tickets: https://t.co/1krDP2oQvG