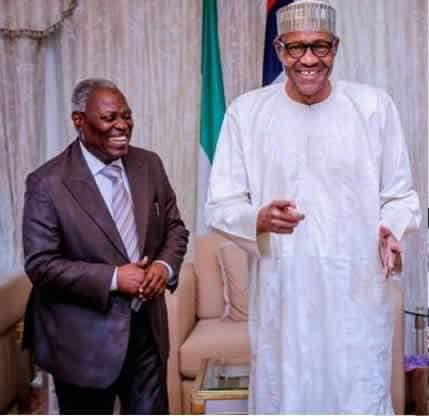 Criticism prioritization is bad leadership. Criticism is not national development. Those angry at Pastor Kumuyi of Deeper Life Church over his comment to Church members are mostly professional critics, or those who think it would be any more potent.

Nigeria’s recent democracy has been a game of swinging criticisms. Not for good change, or sincere selflessness, but mostly for relevance, or personal or group benefit.

Lots of stuff happened that many widely spoke against. The people in power know the game. Some critics have a back channel. Some criticisms are deceptive.

Criticism is – probably – Nigeria’s biggest hindrance. Some in authority would find someone to blame. Others would conclude that those in authority are useless and still blame them. Those blamed would defend themselves, or give excuses.

There is still no [constant] electricity in Nigeria. Criticisms of the situation a decade ago changed nothing, for the ultimate purpose of constant electricity. Yes, there were changes in systems, meters, ownerships, etc.

Criticisms may have caused some of the adjustments, but there is still no constant electricity. It should be obvious that there is little development to gain, from a system of criticism.

When authorities are forced to respond, they do so to shut others up, but leave progress untouched – ultimately.

A country that is passionate for progress would have people working at it in every sector, with solutions, models, pathways, designs, etc. Work that would be prepared so answers can be found to problems, rather than vague propositions of solutions to unemployment, poverty, power outages, bad healthcare, poor infrastructure, etc.

In a true Church, when a true Pastor addresses others, the word Christian, Believers or true Child of GOD is used. There is little emphasis to name of Church membership [identifier], because genuine salvation exceeds Church, or Pastor.

So when a Pastor addresses the Church, it is mostly for true believers. Compliance is voluntary. It is not by force and it is not to enslave.

Many came after the doctrines of Deeper Life Church because of the comments of the Pastor. They said people aren’t free, and lots of things are restricted.

That is inaccurate. Life itself is not a free place. There is actually no freedom to do just about anything, and not get into trouble.

Some doctrines, for genuine Christians, are to take no chances them towards life beyond this world.

People think genuine Christians are not free, NO they are, they just chose not to do what others are doing.

There are several kinds of movies, music, shows, etc. that people see that influences them.

Because of the deceitof freedom, there are lots of things acted and done like there are no rules, but gets to some audience somewhere, leading to whatever.

It may be OK to abstain from it all, or regiment it. But sometimes, when someone sees what recklessness made of others, one may be thankful for some discipline at some point.

Some resulted from freedom to do anything. Some often say ‘don’t feel guilty’ doing certain things, not knowing that killing of that remorse for one thing, may weaken or kill it when doing something worse.

[Proverbs 14:9, Fools make fun of guilt, but the godly acknowledge it and seek reconciliation.]

What people call addiction sometimes, is supposed to be called destruction. That thing people do, people use, people like, that they use to get away, then becomes regular, done with reason or without, comes with its own destruction.

The Author and Finisher of the Christian Faith is JESUS, not any Church or Pastor. How does criticism teach love, joy, peace, patience, kindness, goodness, faithfulness, gentleness, and self-control?

Critics can try to turn against the Church of GOD, but their emptiness is always evident and their logic is always flawed. Criticism is the parent of atheism, agnosticism, etc.

[Proverbs 19:3,People ruin their lives by their own foolishness and then are angry at the LORD.]