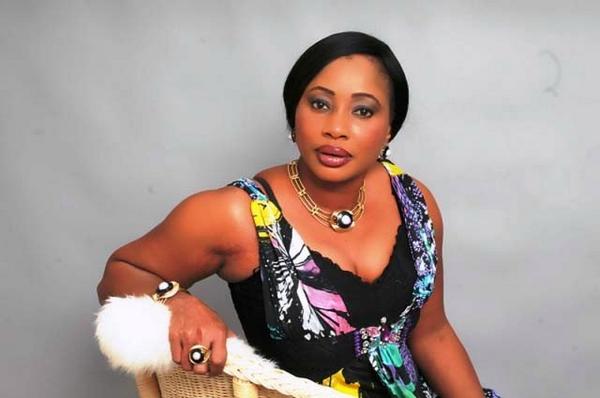 The 54-year-old actress said she has been saved by Christ and that she is devoting her life to save others.

Chukwura, who will be 55 on July 24, gave a testimony on her new relationship with Jesus Christ on Instagram.

“My Testimony; As an Actress, I played the role of the Bitch and life was all about Glamour and Glitz, and though I was the Humanitarian, I didn’t realise that with CHRIST there are no half measures. But, Today, HE has saved me – John 3 : 16 and like the Apostle Paul – Romans 1 : 16 and I will Glorify His Name because HE has empowered me for others to be saved – Acts 1 : 8. Jesus Christ is the ULTIMATE…do you know HIM? Are you saved? Do you have a one on one relationship with Jesus Christ today like I do? If so, what is your Testimony?”

Clarion who now runs C.C. Helpline Initiative and Jerusalem Media, has even posted a video in which she praises the ‘Lord Jesus Christ’.

On Facebook, she also preaches The Word:
WHY DON’T YOU CHOOSE TODAY, THE TRUTH THAT WILL CAUSE YOU TO DIE WITH AN EXPECTANT SMILE ON YOUR LIPS IN WHATEVER CIRCUMSTANCE DEATH COMES TO YOU? A Life with the fullness of an inner Peace based on that deep feeling of LOVE and COMPASSION for your friends, your relatives, your Neighbours and all around you? Rather than the feeling of desperation in everything you do….competitiveness to the point of insanity from extreme materialism to displeasure with your physical outlook and wanting to change your very body to look like someone else, aggression, covetousness, jealous and veiled hatred in your relating with others? Truly submit to Christ today and receive the Grace to live by His Commandment in John 15 : 12 and watch how things begin to fall into place for you without all that self smart desperation. All you need do is pray”, she wrote in a post on June 4.

She had her nursery an primary education in Lagos and later had secondary education at the Queen of the Rosary College, Onitsha.

She then went to study at the Department of Dramatic Arts of Obafemi Awolowo University.

She had won multiple awards both for stage and film roles. She began acting in 1980 but became popular when she featured in a soap opera title “mirror in the Sun”. She was the first Nigerian to win the Best Actress category at the 1982 FESPACO film festival in Burkina Faso.

She was the former wife of juju music maestro, Sir Shina Peters.