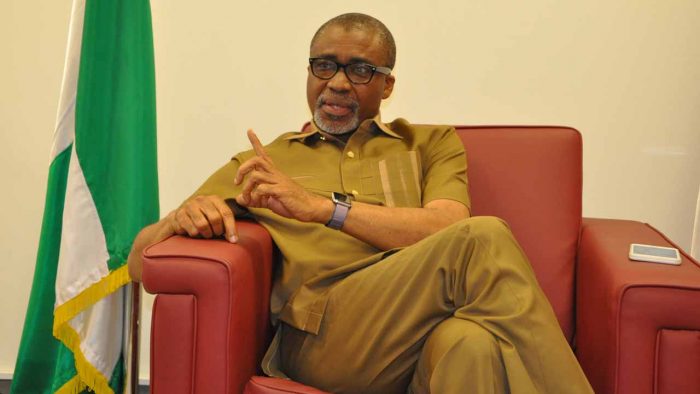 Abaribe became Abia State’s Deputy Governor after Orji Uzor Kalu’s 1999 election to the Governorship. The state’s House of Assembly impeached the deputy governor twice in 2000 and a third time in 2003; as he was facing his third impeachment, he resigned on March 7, 2003, sending his resignation via DHL so as to have written record of it.

The House of Assembly formally voted him out of office several days later, in a move Abaribe called “medicine after death.” He was succeeded as deputy governor by Eric Acho Nwakanma. Abaribe ran for the governorship on the All Nigeria Peoples Party (ANPP) platform in 2003, but lost to Kalu.