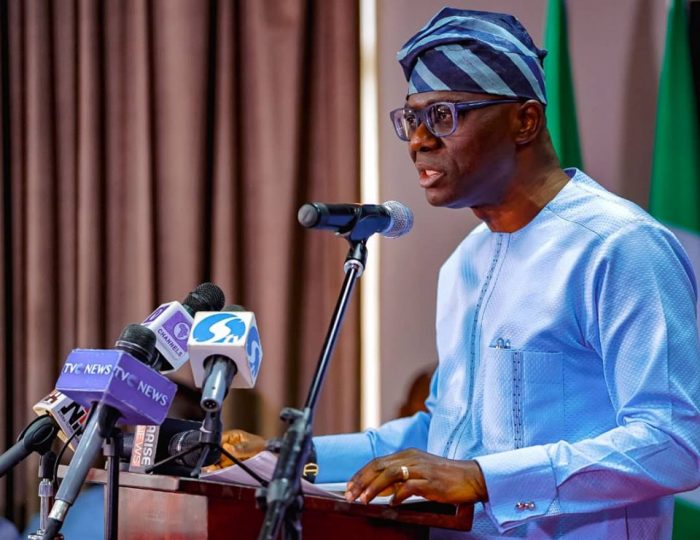 Across the world, development grows in a vicious cycle, influencing the nucleus of neighboring environment like wildfire.  Regrettably, however, some anti-developmental traits usually make it practically difficult for development to thrive in some areas, regardless of developmental strides around them. The tale of two popular communities; Somolu and Bariga in Lagos State shows how communities might unknowingly thread the path of retrogression.

Although these two communities are home to some of the earliest private and government institutions such as the University of Lagos, Akoka, West African Examination Council, WAEC office, CMS Grammar School, Bariga, St. Finbarrs’ College, Igbobi College and a host of others, it is difficult to pinpoint real developmental strides in these areas in recent time. This could be traceable to the increasing volatility of the areas, especially in the last two decades.

Worthy of note is the activities of several rival cultist groups in both Bariga and Somolu. The activities of these anti-social groups have turned the areas into citadel of urban chaos.

In a bid to even developmental pace across the state, improve local economy and discourage youth restiveness, the Lagos state government has embarked on a total face-lift of the Ilaje area through the construction of Bariga Waterfront Jetty, Five Transport Ferries and the Ilaje Road. The projects were executed in response to security challenges in the area.

To further enhance development in the area, about 12 other roads within Ilaje and Bariga are being constructed in addition to the jetty, road and ferries. With this, it is hoped that business activities within Bariga and its environs will receive a massive boost.

Now that government is bringing development to the area, residents must embrace orderliness and eschew all violent acts. Thus, the ugly experiences where officials of the Lagos State Public Works Corporation were attacked while carrying out maintenance works on some roads within Bariga as well as public assault meted out to some members of the Lagos State Fire Service at different instances while responding to fire incidences should be lay to rest and must not allow to re-occur.

To say the least, those attacks have not portrayed the communities in a positive light. As a matter of fact, rehabilitating roads in these areas or responding to distress calls had been a nightmare for first responders and security agencies.

Since development only thrives in a peaceful and conducive environment, the ‘crime zone’ which these communities have been synonymous with had overtime bastardized the image of the entire area, thus affecting the boom of commercial activities and government presence. It is a common sight to see an array of armed policemen within these areas and sometimes with their Armoured Fighting Vehicles, AFVs as though these communities are war zones.

It has been alleged that crime and violent activities in these communities are directly linked with some political ‘bigwig’ who usually exploit some ‘tarmac guys’ as political thugs. Worse still, it has been asserted that some of these ‘big dudes’ equally use their influence to frustrate efforts by the Police to nap some of the hoodlums.

The police should be commended for always living up to the occasion whenever these ‘bad boys’ are on prowl. But then, much still need to be done in restoring permanent peace to these communities. Hence, the police should not retreat from bringing to book anyone, no matter how highly placed, who instigate trouble and chaos in the areas.

As government continues with its tempo of development around the two communities, there is an urgent need for all stakeholders in the areas to create more job opportunities for youths in the areas. Cultism and other related acts of violence are social problems that must be addressed by creating an enabling environment that encourages job creation for jobless youths who have found solace in crime. Efforts should also be made, by both public and private interests, for the establishment of recreational centres where youths can always relax and refresh. There is also a need for parents, traditional authorities, religious leaders and other such critical stakeholders to inculcate the virtue of discipline and godliness in both children and youths in the areas.

To facilitate more developmental activities in these areas, residents must decide to give peace a chance by cultivating attitudes that attract development. Also, private institutions within these areas must also be more socially responsible by embarking on some community development projects that would uplift the standard of living of residents.

Perhaps more importantly, Bariga and Somolu youths should be challenged by the list of successful sportsmen like Henry Nwosu, Late Stephen Keshi Nduka Ugbade, Demola Fetuga, Atanda Musa, Taribo West and a host of others who came out of the area in the past and made positive impacts even beyond the shore of this country. If these guys could realize their potentials to the fullest, nothing stops present day youths in the area from dreaming big and accomplishing greater feats in life.

Like other communities in the state with a mix of notoriety and decorum, all stakeholders should unite to bring out the best in these two communities. Ajegunle used to be a notorious community in Lagos State, but with the efforts of both public and private enterprises, Ajegunle is today one of the most potent breeding places for emerging entertainment and sports stars in the country. Much more could be done for youths in Shomolu and Bariga, if given the right opportunities and enabling environment.

Afuwape is of the Lagos State Ministry of Information & Strategy, Alausa, Ikeja