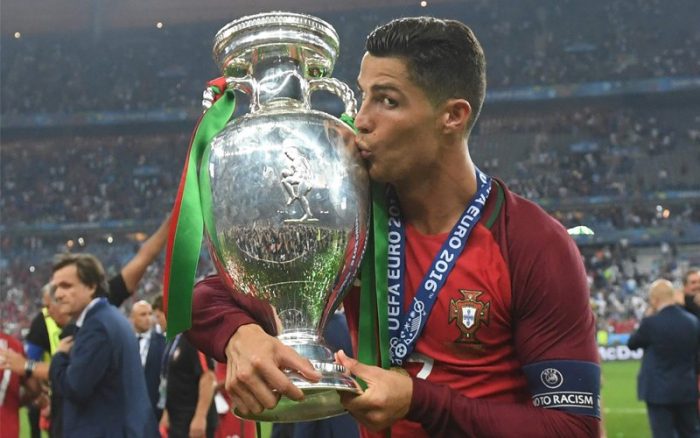 Ronaldo with UEFA Nations League trophy: Celebration of the season ends in sour mood with US rape court papers

Juventus star Cristiano Ronaldo’s celebration of his exploits in the 2018/ 2019 season has been soured by reports that he has been served with court papers related to a rape lawsuit in the United States.

A motion filed in federal court in Nevada on Friday said “the parties have agreed to deem Defendant effectively served,” meaning Ronaldo has officially received court documents in the case, allowing it to move forward.

Five-time world player of the year Ronaldo is accused of rape by Kathryn Mayorga, who claims the Portuguese soccer star assaulted her in a Las Vegas hotel in 2009.

News of the rape lawsuit came as Ronaldo took the unusual step of cataloguing his achievements in the 2019 season on his Instagram account, a move some Twitter critics slammed as an open campaign for Ballon D’Or or FIFA World Player of the Year title.

What an unforgettable season! New experiences, gigantic club, exciting city, broken records and three more titles! I have to thank all of Juventus fans for the wonderfull way I was welcomed in Italy! You’re a very important part of our victories! Thanks to all my fans around the world and particularly to the portuguese people that helped us reach another historical win for Portugal! You’ll allways have a special place in my heart! Personaly, I’ll never forget the great moments and new record-breaking achievments I’ve had so far in 2019: – Italian Supercup winning goal; – Serie A win, Best Player and 21 goals; – Nations League win and hat-trick; – First Player to reach 100 wins and 125 goals in Champions League; – First Player to win 10 UEFA titles; – First Player to score in all National Teams final stages: FIFA World Cup, UEFA European Cup, FIFA Confederations Cup and UEFA Nations League; – First Player to score in 10 consecutive National Teams final stages from 2004 to 2019; See you soon! Together we’ll keep fighting for new and amazing conquests! I’m counting on you! 🇵🇹🇮🇹🌍 🤜🏻🤛🏻🙌🏻💪🏻

Ronaldo, the former Porto, Manchester United and Real Madrid player, has strongly denied the rape accusations against him, insisting his encounter with Mayorga was consensual.

The legal process in the civil case had been held up as “federal court’s rules on serving foreigners” meant an identical state-level case needed to be dropped, Mayorga’s attorney said last week.

Former model Mayorga made the accusations against Ronaldo, who now lives in Turin, in a complaint filed last year.

She said that while she had agreed to a financial settlement with Ronaldo shortly after the alleged incident, her emotional trauma at the time did not allow her to participate in the mediation process.

Mayorga’s attorney added that the model agreed to an out-of-court settlement to keep her name from going public, but was inspired to speak out by the #MeToo movement against sexual harassment.

Ronaldo’s lawyers have said that the non-disclosure agreement signed with Mayorga was “by no means a confession of guilt”.