Woodland not Woods wins US Open 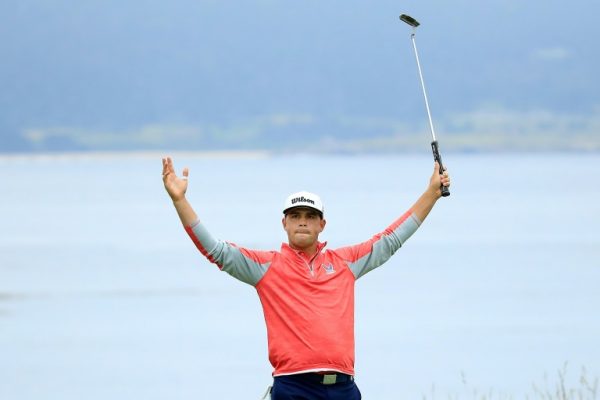 Tiger Woods got on the birdie bandwagon at the US Open on Sunday with six birdies on his last 12 holes. But after four bogeys in his first five, it was too little too late, the 15-time major winner finishing two-under and 11 shots off the pace set by Gary Woodland.

The 119th championship was won by Woodland, who captured his first major title with a 13-under par total to deny a charging two-time defending champion Brook Koepka’s bid for history at Pebble Beach.

Woodland punctuated the victory with a birdie bomb at 18, a final flourish in a display of back-nine fortitude that saw him convert a 54-hole lead for the first time in eight career attempts.

“Once that went in, it all kind of came out of me, it was special to finish it off here at Pebble Beach,” said Woodland, who threw his arms in the air then pumped his fist.

He knew his 13-under total was one better than the 12-under posted by Tiger Woods in his US Open victory at Pebble in 2000.

But 19 years ago, Woods was the only player under par, marching to victory by a massive 15 strokes while Woodland topped a leaderboard that featured 31 players under par.

Most dangerous was Koepka, trying to become just the second player — and the first in more than a century — to win the US Open three straight times.

He started the day four strokes off Woodland’s lead and immediately applied pressure with four birdies in his first five holes.

Koepka did grab a slice of US Open history, becoming the fourth player to complete four rounds in the 60s. Minutes later, Woodland became the fifth with a final scoreline of 68-65-69-69.

“I was proud of myself to stay in my moment and control myself and not get too worried about what he was doing,” Woodland said.