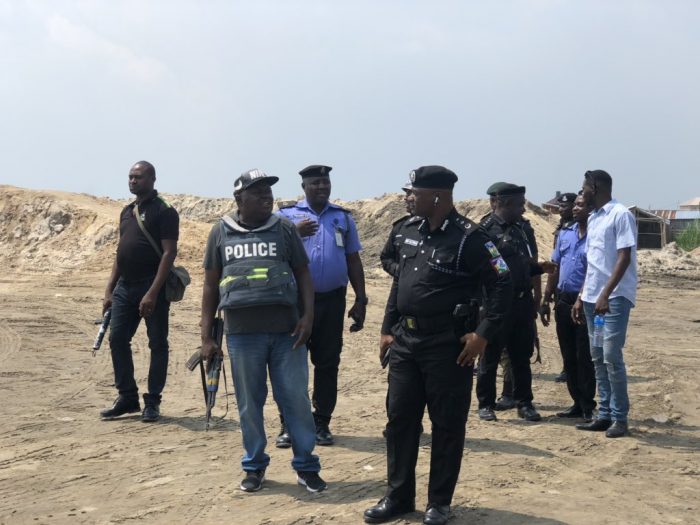 RRS officials at the scene of the clash

A communal clash in Ajah area of Lagos, Southwest Nigeria has claimed one life with the police arresting six people in connection with the mayhem.

The clash broke out among dredgers over who dredges on the waterways within the community.

A resident, Bisi Olagunju, said that they escaped from being attacked during the mayhem by whisker, urging the State Government to intervene and end the age-long clash.

Confirming the clash, the Police Public Relation Officer, PPRO, Bala Elkana, said that one person was killed and six persons have been arrested.

He noted that the clash was between the dredgers over who controlled the dredging activities within the community.