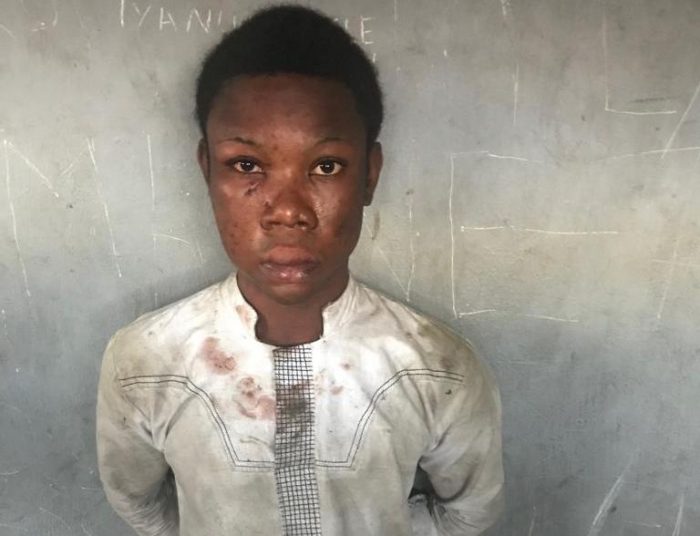 A domestic staff has killed his employer and her mother in Surulere area of Lagos, Southwest Nigeria, two days after starting work.

The gruesome incident occurred early on Thursday, as the domestic staff, Joseph Ogbu, 22 from Benue State was arrested by the police in connection with the killing.

Police Public Relations Officer, PPRO, Bala Elkana, in a statement on Thursday said on 20 June, 2019 at about 3am, the Surulere Police Station received a distress call from No 4 Ogulana Drive. Surulere that one Joseph Ogbu, 22 years old from Oju Local Government Area, Benue State, who was employed as a domestic staff on 18 June, 2019 and murdered his employer Oreoluwa John, 38, and her 89 years old mother, Adejoke John at their apartment.

The suspect was said to have confessed to the crime.

“In his statement, he averred that, his employer asked him to clean the house at about 9pm of 19th June, 2019 but an argument broke out between them, which prompted him to stab her with a knife. He claimed that the shock of her death made her aged mother to slump and die.

“Considering the fact that they are dead, he moved some valuable properties such as electronics, handsets and household items into the employer’s Toyota Camry Salon Car and attempted to escape to where he cannot be found, before he was apprehended by Policemen on patrol at Ogunlana pin-down point. The vehicle and items stolen were recovered,” Elkana explained.

Elkana said the crime scene was sealed off and that the corpses of the two victims were taken to Mainland Hospital, Yaba for autopsy.

He said the Commissioner of Police, Lagos State, CP Zubairu Muazu has ordered the State Criminal Investigation Department, Yaba to take over the investigation and charge the suspect to Court.